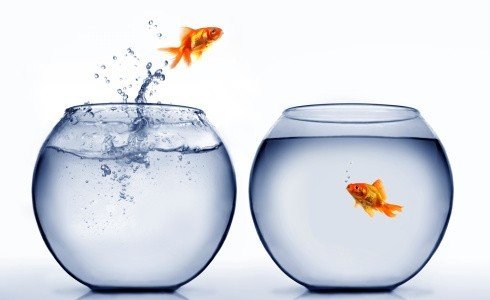 Success Knocks | Some of these companies were a product of well-thought-out and implemented ideas while others formed as an accident. You’ll be surprised to know how these people built their empires!

With everything from ordering food, to booking cheapest hotels available on our fingertips, we are using tons of applications and services every single minute of the day.

But have you thought about who thought of these ideas and had the courage to make it into a reality, and not just that, but also turned their idea into a multi-million dollar company?

Some of these companies were a product of well thought and implemented ideas while some came up as an accident. You’ll be surprised to know how these people built their empires!

Two people who were struggling to pay their rent after moving to a different city, saw an opportunity of offering bed and breakfast on a minimal price and bam! got their first Airbnb customer, a 30-year-old Indian man.

The company didn’t take off immediately, the founders had to sell cereal boxes for at least six months to get the company afloat. After several rejections, it received its first funding of USD 112 million, and the rest is history.

The story of Alibaba founder, Jack Ma is a total rags-to-riches story. Jack was born poor in communist China, failed his university entrance exam twice and was rejected from tonnes of jobs including KFC. He had no knowledge of internet or coding but was captivated by the internet he first time used it.

He started two internet ventures which failed miserably, and after four years of that, he finally started alibaba.com. He gathered all of his connections and convinced them to invest in his vision. It started attracting customers and Ma is now the richest man in China.

Instagram, the globally famous photo app, was founded by Stanford University graduate, Kevin Systrom who was born in a very common family and was a tech genius.

He was in school when he was introduced to tech and used to learn coding by himself at night. He started working on an app which was more or less a cross between Foresquare and Flickr.

Very few people know that Mark Zuckerburg wanted to hire him while he was undergraduate but he denied the offer as he wanted to complete his degree. Kevin, along with his friend Mike, spent eight weeks aggressively on developing this app And finally on the night of October 6, 2010, they pushed the launch button!

Only after two hours of Instagram going LIVE, its servers started falling down because of rush of traffic and within 24 hours it became #1 app on iOS. Within nine months, Instagram had a record-breaking 7 million users, which also included some of the highly-influential tech-loving celebrities like Justin Bieber and Ryan Seacrest.

Pinterest’s success story is one of the most inspiring one because its founder, Ben Silbermann held onto the idea and struggled with it even after 90 per cent of people didn’t like it. Within four months of the launch, it only had 900 users. It was a flop and not funded for a very long time.

Ben was raised by doctors and was following the same path as them. He got into Yale and that’s when he knew he didn’t want to be a doctor. He graduated and joined Google in sales and support.

Being a non-engineer in Google, he didn’t quite like the culture and felt out of place. That’s when he started working on his start-up, Pinterest. Since, it didn’t do that well, he was labelled as a failure for a really long time before Pinterest finally took off after a famous blogger recommended it.

Uber was born out of the situation when its founder Travis Kalanick couldn’t find a cab in Paris to get to a conference. He envisioned it as a way to lower the cost of black-car service at the touch of a button.

After two previous failed start up ventures, it was difficult for Kalanick to convince the investors to believe in him but as soon as Ubercab launched in San Francisco, it became a huge hit! After SF, they went on to expand Uber to other US cities and internationally, first country being Paris.

Uber is currently valued at USD 69 billion, making it the most valuable privately held tech company in the world.

All of these stories have different timings and circumstances but one common lesson, Hold onto your dreams, you always start small!