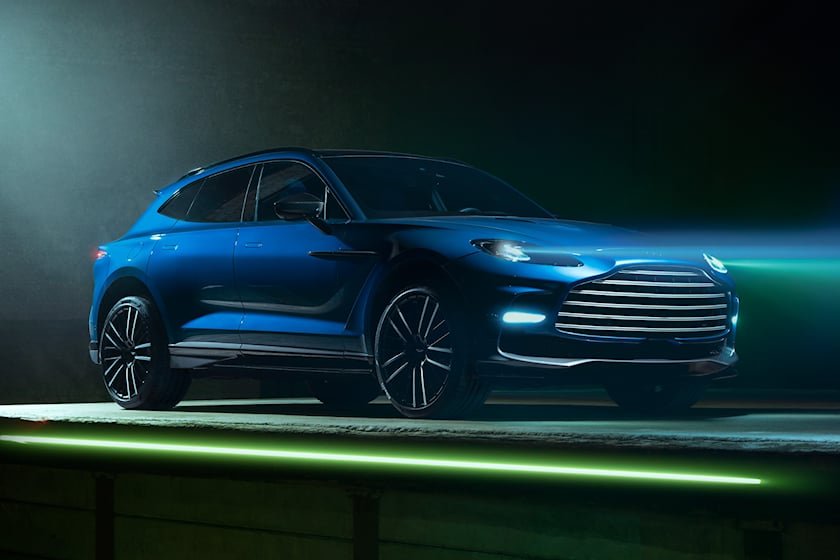 Aston Martin has unveiled a new version of the British luxury brand’s first SUV. Called the DBX707, it’s powered by a 697-horsepower turbocharged V8 engine, and Aston is calling it “the world’s most powerful luxury SUV.”

The claim depends, to some degree, on how you define a “luxury SUV.”
Aston Martin’s new SUV has a base price of $232,000 and the company lists its competitors high-end brands such as Bentley, Lamborghini and Rolls-Royce, all of which sell SUVs costing over $200,000. However, the Tesla Model X Plaid, which starts at a mere $126,000 but is far more powerful at 1,020 horsepower, is not considered by Aston Martin to be part of its competitive set.

The DBX707’s engine is largely the same as the one in the standard 542-horsepower Aston Martin DBX, but with unique engine tuning and different turbochargers, which force air into the engine to help it generate more power. The DBX707 also has a different transmission, although it has nine speeds like the standard model. (The 707 in the name is the horsepower output in metric figures.)

Other than the Tesla Model X Plaid, the DBX707 also offers less horsepower than the 707-horsepower Jeep Grand Cherokee Trackhawk or the 710-horsepower Dodge Durango SRT Hellcat. Again, though, neither of those two is considered a luxury vehicle, and besides, neither is currently in production.

The Aston Martin DBX is already a high-performance SUV, but the DBX707 adds much more power.
Aston Martin promises that the DBX707 will be more than just fast. Yes, it will go from zero to 60 miles an hour in just 3.1 seconds, according to Aston Martin, which is about one second faster than the standard DBX. But Aston Martin also promises sports-car style handling.
The DBX707 will compete for buyers against SUVs like the Porsche Cayenne and the Lamborghini Urus, which like the standard DBX, are also known for their responsiveness and handling as well as their speed. The DBX707 has a specially tuned air suspension system similar to that in the standard DBX. The DBX707’s suspension system, however, has been tuned for greater control. 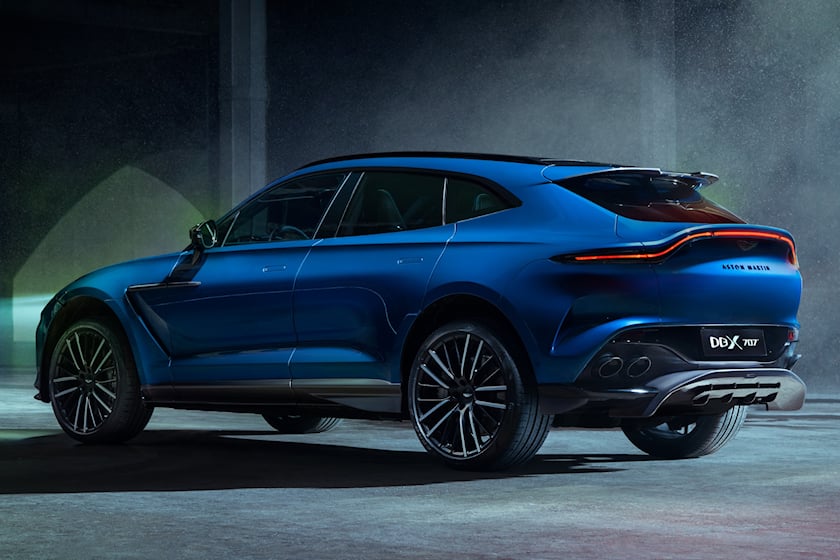 The Aston Martin DBX707 has a number of additional aerodynamic features.

The nine-speed transmission uses a clutch, similar to a manual transmission, rather than the more common fluid-driven automatic transmission in the base model. The “wet clutch” transmission provides quicker gear shifts and the feeling of a more direct connection between the engine and the wheels. Carbon-ceramic brakes, which can withstand hard use with less loss of stopping power than with iron or steel brake rotors, are standard on the DBX707. Changes have also been made to provide more cooling to the brakes

The DBX707 also has some added aerodynamic features. An extra small spoiler was added to the roof extension that goes out over the back window. There’s an enlarged rear diffuser underneath the back of the vehicle. This helps channel and control air as it goes out from underneath the body.

The Aston Martin DBX707 will go into production by the end of March 2022 and will go on sale soon after that.