A robot rat designed for search and rescue missions 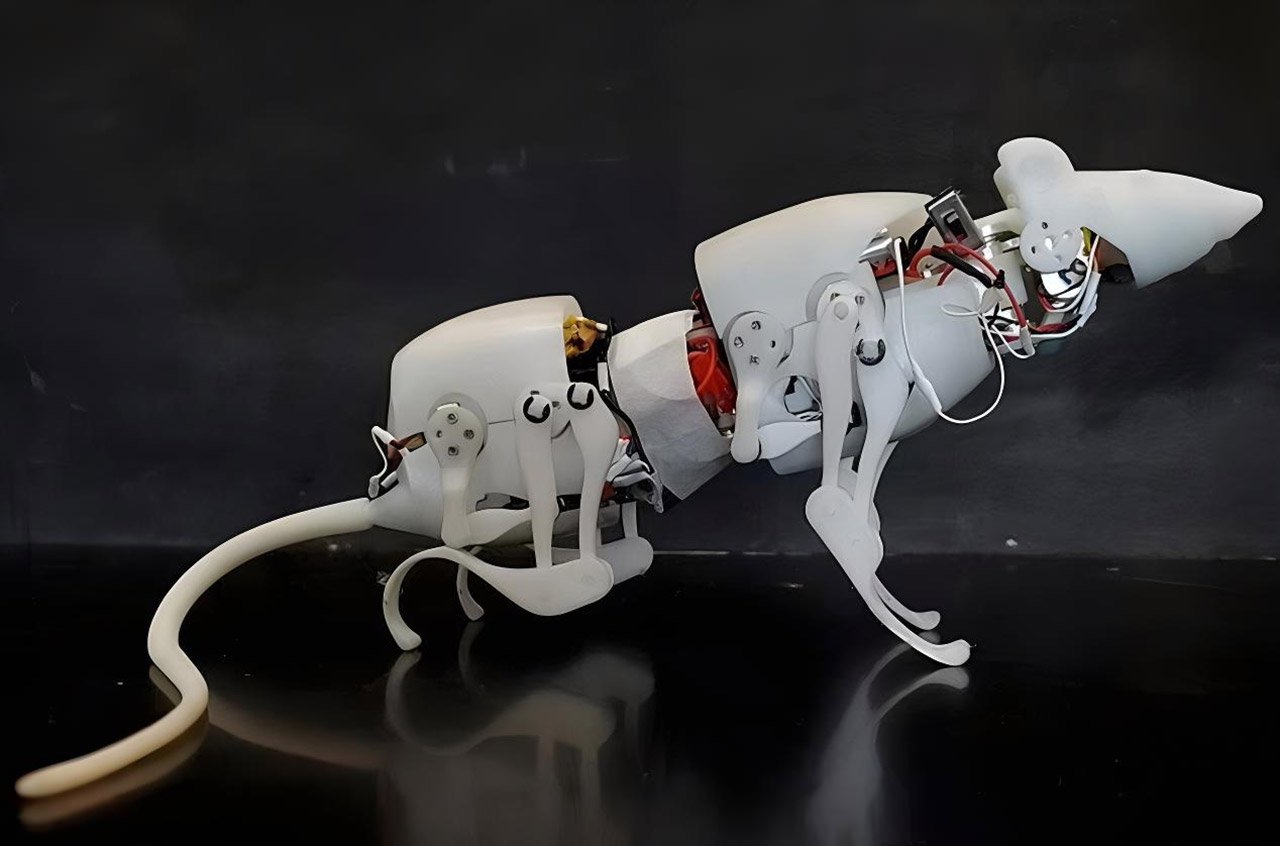 A robot rat designed for search and rescue missions

AA team of scientists from the Beijing Institute of Technology has unveiled its contribution to the growing robotics industry; a robotic rat that may one day be used to deliver supplies and communications in an emergency.

The team published its findings on the robotic rodent in the peer-reviewed journal “IEEE Transactions on Robotics” this month.

Dubbed SQuRo (small-size quadruped robotic rat), the new bot can crouch, walk and crawl over a range of terrains and can carry a load equivalent to 91% of its own body weight. Measuring 7.5 inches in length and weighing 7.8 ounces, the mechanical rodent is powered by solar rechargeable batteries which last 30 minutes and can be remotely controlled by a computer or phone.

The bot was modeled on a real rat’s physiology, featuring a long and flexible spine that allows it to fit through narrow spaces. During trials, SQuRo was able to pass through a passage as small as 3.5 inches, cross a 1.1-inch-tall obstacle, and climb up a 15-degree slope.

“The robotic rat can be sent to earthquake ruins or building collapse scenes where debris forms spaces that are too narrow for rescuers to enter. It can deliver emergency rations to people trapped under rubble,” said lead author Shi Qing, a professor and the vice-director of the intelligent robotics institute at the Beijing Institute of Technology.

“It can also navigate complex underground pipeline networks, a key part of smart city development,” he added. “A larger inspection robot can carry the robotic rat into the network, where it can be deployed to go into smaller pipes for detection tasks.”

According to Qing, the team has been developing the prototype since 2019, with estimates suggesting the final product will be ready for commercialization in 2025. X-rays of rats were used to build the model, with the components based on its skeletal structure. The final robot can be assembled from 3D-printed parts in around one week.