A unified GraphQL API based on Hasura’s GraphQL joins 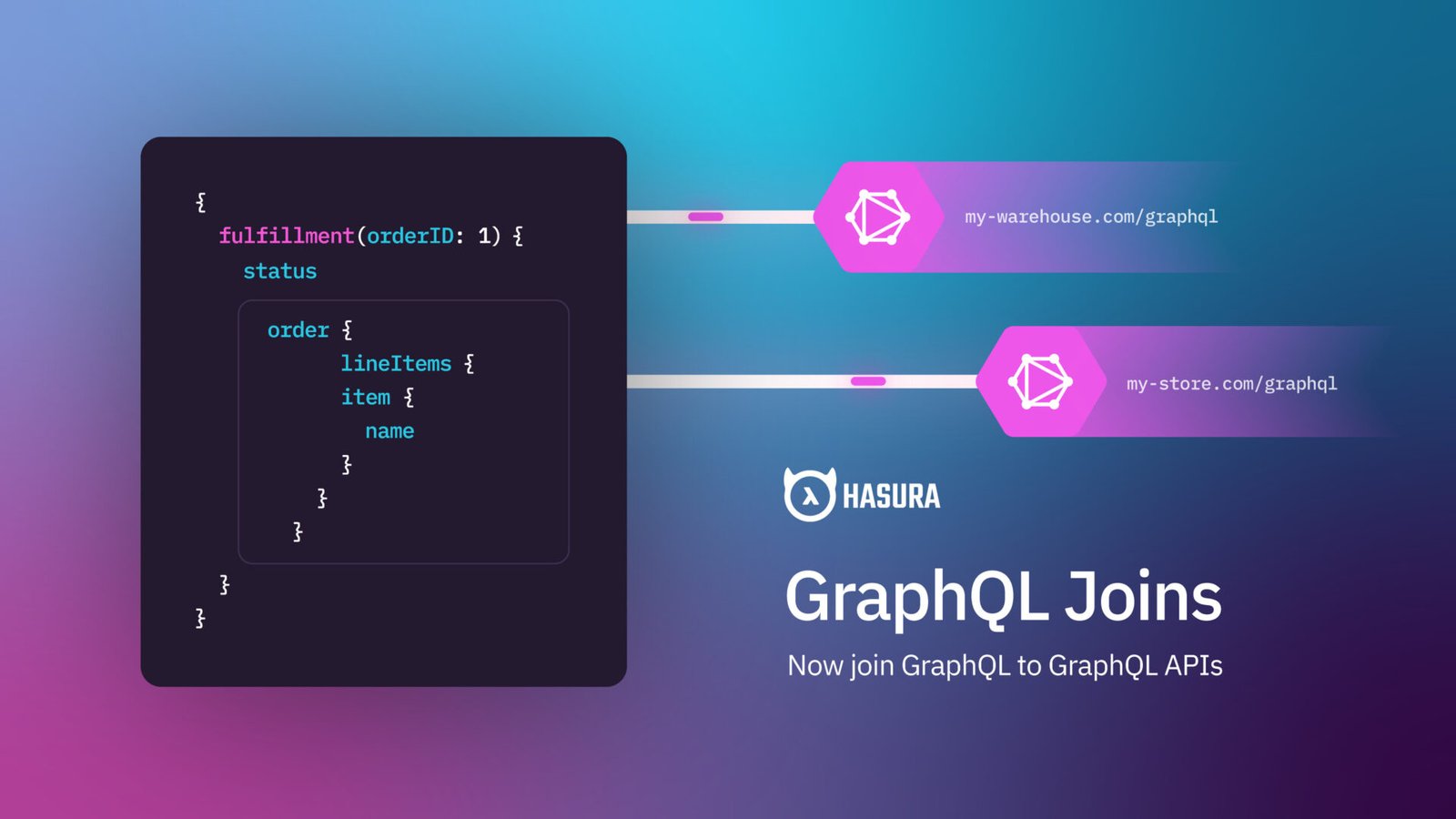 A unified GraphQL API based on Hasura’s GraphQL joins

GGraphQL innovation leader Hasura announced GraphQL Joins, a new set of capabilities that let developers instantly join data from across different GraphQL services to create a unified GraphQL API. Hasura does this using open source GraphQL standards, eliminating the need for custom code or upstream service changes. Expanding on Hasura’s existing data federation capabilities, developers now have the ability to easily fetch data from across databases and other GraphQL services. Implementing the configuration at the Hasura layer in combination with Hasura’s existing out-of-the-box caching and authorization capabilities gives developers the ability to mix and match their data sources freely, significantly reducing development time, security risks, and ongoing maintenance costs. Hasura has been downloaded ~500M times and with over 26,000 GitHub stars since its introduction in 2018.

Hasura’s new GraphQL Joins capabilities to enhance data federation for developers who have:

Hasura data federation avoids vendor lock-in and opens users to a large ecosystem of partners by avoiding modification of upstream services. Based on open standards, and now with the ability to federate across several data sources, Hasura is fueling industry adoption and optimization of open standards.

“We are extremely pleased to be able to offer developers the ability to access all of their data with one API, regardless of the source, enabling them to focus solely on creating the best possible user experience,” said Tanmai Gopal, CEO of Hasura. “These new data federation innovations build on our commitment to make GraphQL available to all, and significantly advance both unification of data in development and proliferation of open standards.”