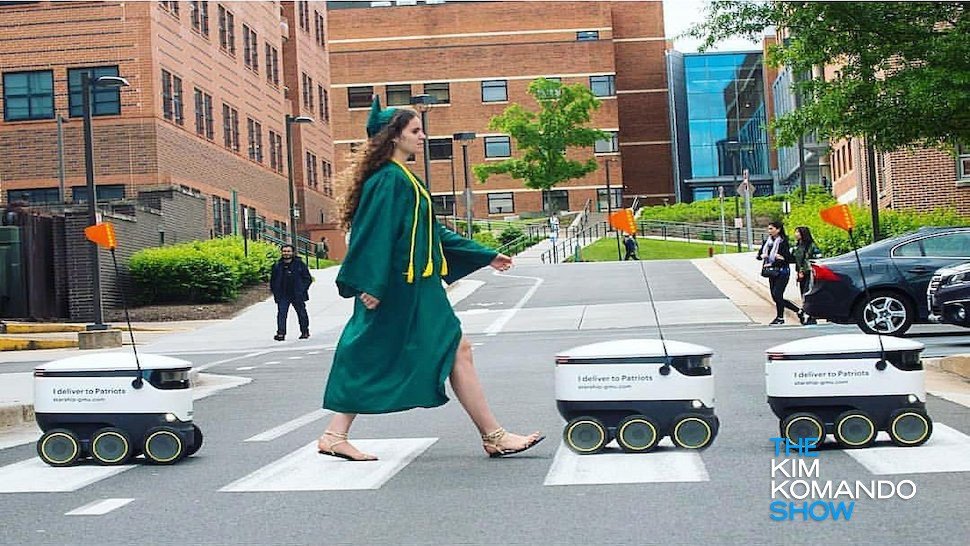 AAlmost half of the U.S. college students at schools where Starship Technologies operates its delivery robots admit to treating the six-wheeled helpers like people, saying “thank you” and “excuse me,” a survey from the autonomous delivery provider finds.

Another 37% have given the robots a pat, and 19% have taken a selfie with one.

The on-campus affinity for the robots comes as no surprise to Starship because “cuteness and convenience” were built-in, the company says.

Indeed, 75% of the 7,063 students who participated in the online survey say the robots are “friendly/cute,” and 93% say they are convenient or helpful. More than half (56%) of the respondents said they have helped a robot if it appeared to be in need.

“We thought that college campuses would be a great setting for delivery robots, but we had no idea they would be this successful,” said Ryan Tuohy, senior vice president of business development and sales at Starship. “We feel fortunate that the students appreciate them so much and treat them as valued members of the campus community. It’s also rewarding that they are not just making college students’ lives more convenient but that they are making many of them happier while doing it.”

The robots have gained fans for more than their personality, too. Six in 10 students said they could study more because the robots deliver when and where needed, while 64% didn’t skip meals because they didn’t have to wait in long lines for food, and 61% of respondents placed at least one order per week. One in four students said the robots have improved their mental health, and 30% feel safer because of the contactless delivery they provide.

“I never really thought that robots would be part of my college life or that I would get to see them so closely,” said Mason Frantz, a senior at Bowling Green State University. “Now, I just think that it’s so cool, and I’m also really glad that I can sleep in longer because the delivery comes to me when I want it.”

Starship also appears to have hit a sweet spot in the world of automated delivery: 90% of respondents prefer their ground-based robots to drones (8%) and self-driving cars (2%).