COMMERCIAL ACADEMY : BUILDING THE FOUNDATION FOR A REVOLUTIONARY TOMORROW THROUGH BEST-IN-CLASS MARKET PRACTICES 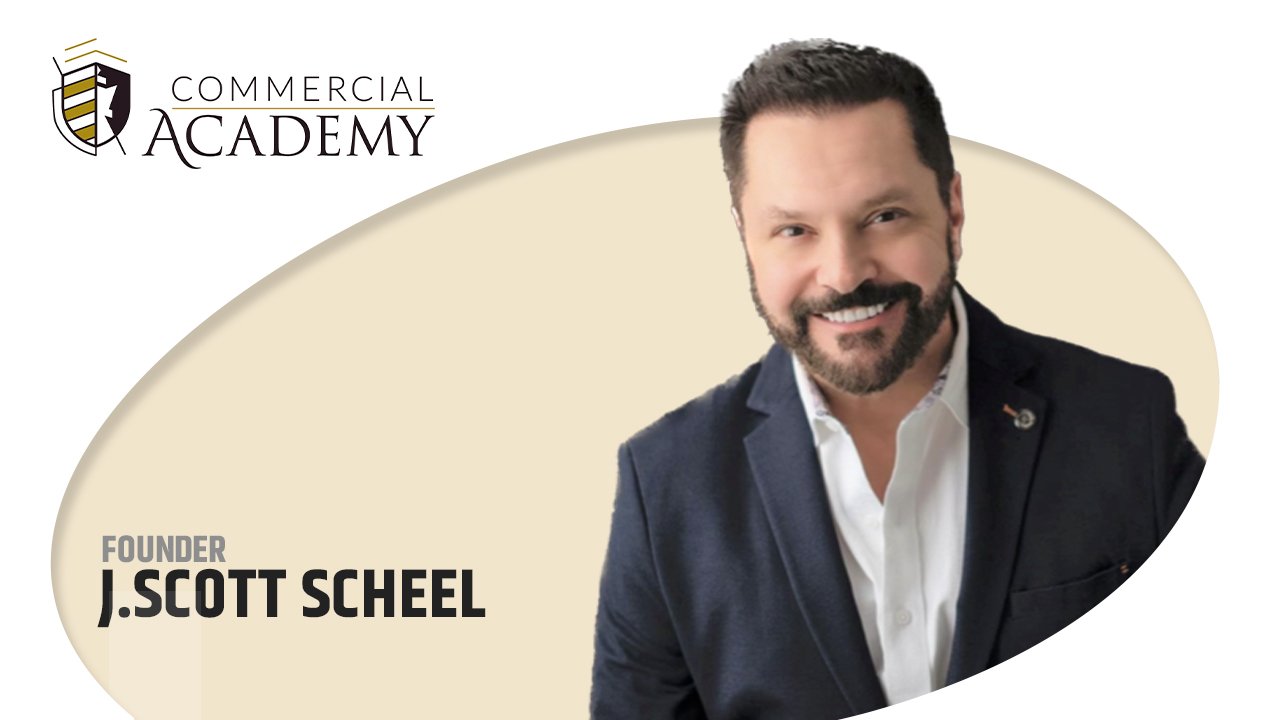 COMMERCIAL ACADEMY : BUILDING THE FOUNDATION FOR A REVOLUTIONARY TOMORROW THROUGH BEST-IN-CLASS MARKET PRACTICES

M Many of J. Scott Scheel’s colleagues and coworkers wanted to join him as he invested in and developed commercial real estate in 1996. They sought his advice and they had various questions. Scott was initially concerned that disclosing his knowledge might foster rivalry. But as he looked inward and prayed for guidance, it became evident that if he gathered his thoughts, he could impart his industrial knowledge to people he cared about. As the organization expanded beyond his friends, Scott eventually had to choose whether to continue explaining his strategies to total strangers. One of Scott’s better decisions was to take a chance and tell people all that he knew and had experienced. Although he was passionate about assisting others, mentors like Tony Robbins and Ron LeGrand persuaded him that he would benefit more from being willing to embrace the gift of giving. National inquiries and opportunities starting to come in swiftly.  In 2002, Scott decided to focus on starting the Commercial Academy.

REMOVING THE BARRIERS AND SIMPLIFYING THE COMPLEX

Very often, interest in real estate by the actual businesses located on the properties develops gradually. At the same time, access to this industry has often been hidden from the public due to nepotism and cronyism, and barriers to entry due to misogyny have been high. But, thanks to Commercial Academy, many more people now can better understand the fundamentals with the aid of technology and demographic research, remote mapping, online databases with historical sale prices, title histories, comparative rental rates for existing properties, and much more. This information can hasten the –underwriting of assets and the due diligence process for purchases and sales. Today, asset evaluation takes hours rather than months.

The proprietary ecosystem of Commercial Academy enables investors and developers to analyze commercial real estate assets across all markets, with a present focus on North America. Accessing title records and comparable sales assets, researching, building out, and projecting rent rolls, imagining financing scenarios, simulating execution, forcing depreciation, learning proper and specific property management techniques, pre-checking future valuations, analyzing the economic effects of taking on or losing tenants, working with other investors—all of these are things that Commercial Academy helps students do. They have helped thousands of students in this way. Since they speed up the process, allowing people to start working with common industry terms and jargon and helping them appear like seasoned pros even when they are just beginning, Scott says he wishes he had these same tools when he started almost 30 years ago. The company’s software also includes placeholders for typical characteristics related to each specific type of commercial property, allowing both novices and specialists to be sure they don’t overlook critical evaluation factors that establish the viability of an investment.

THERE IS NO COMPETITION

Scott says that he is unaware of any other business on any platform providing their range of products and services, especially the Commercial Hub proprietary software. Commercial Academy has operated in all 50 states and more than 40 countries in every commercial real estate category. They offer training, ideas, tools, resources, and a dynamic community of thousands of individuals utilizing the same tactics and skills to advance their financial situations, professional portfolios, and careers. Through this unique fusion of practical application, networking, and professional affiliation, the team equips regular people —from novices to seasoned professionals—to take that next career step right away. They create a portfolio for building generational legacy wealth and help them develop a plan to achieve their objectives over a reasonable period.

The first step for new Commercial Academy members is an orientation, followed by a thorough intake examination that includes a review of one’s finances, a risk assessment, a portfolio evaluation, goal-setting, and a dozen other components to determine one’s course. They are held accountable at live quarterly meetings and family-style events conducted in national locations. Commercial Academy is much more than a school. Experts are building a financially successful ecosystem that transcends people, borders, and time. The investments made collectively within this organization, which total hundreds of millions of dollars at any given time, have a long-term positive impact on both individuals doing them, and the communities where investments are made.

Scott stated, “One young man had a successful career in life insurance and was venturing into commercial real estate. When we first met, he brought me 20 troublesome properties in an unfavorable Atlanta neighborhood. He also battled a relative who mismanaged the properties, collecting all the rent but failing to make the required payments. With my support, he exchanged  20 upside-down flats with no cash flow for a 156-unit apartment complex that launched his new career. Since we first met, he has made over $300 million in commercial real estate transactions, much of which would not have occurred without us.”

THE BEST IS YET TO COME

In 2023, Commercial Academy celebrates its 20-year anniversary, but the focus is on the future.  They are building the groundwork for the organization’s long-term success over the coming ten years, and beyond. Being aware of the cycle of life for himself and current members, Scott understands that he must further refine the foundation for lasting succession.  As part of this foundation, Commercial Academy recently launched its Ambassador program. With this program, anyone globally can gather prospects for the acquisition, construction, and refurbishment of commercial real estate in all sectors, including energy, recreation, resources, housing, essential services, hospitality, logistics, distribution, retail, office, medical, and technology.

The team is also building a digital platform to speed up transactions, reduce the distance between landlords and tenants, and level the playing field for all people who buy, sell or lease commercial real estate. Commercial Academy members and students will have a front-row seat to observe the industry’s long-overdue transition to efficient and effective transactional execution. Scott likens this coming change to the difficulties of hailing a taxi compared to the simplicity, comfort, and affordability of services like Uber.

All backgrounds, sexual orientations, ethnicities, religions, races, and creeds are welcome to use Commercial Academy’s products, related businesses, technology, and network. The group is especially welcoming and eager to collaborate with newcomers to the industry.

“If there is one thing that I could say is my core theme, one that has inspired me through the blessing of all that I have been given and done, it is that every one of us has to be inspired by the wishes of our own heart,” Scott shared in his conclusion. Dreams are intended to be realized. Never give up on yourself or your dreams. Never allow anyone to minimize your ideas. Study the subject matter. Make contact with those who have comparable skills and experience. So many people settle for smaller rewards or abandon the goals they once thought were possible. Others are here to support you in obtaining the lifestyle you want. There is no reason for you to be alone. 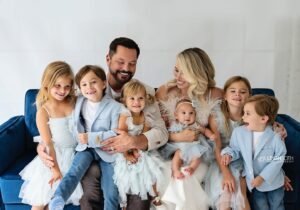 “Scott and his wife Christine, and their six beautiful blessings”