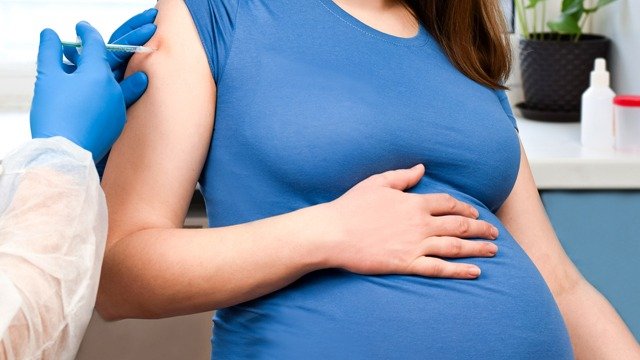 Vaccinating against Covid does not increase the risk of miscarriage or birth defects, officials from the Centers for Disease Control and Prevention said.

The CDC tracked 1,613 pregnant women who received a Covid-19 vaccine, 30% of whom were vaccinated in the second trimester, while the remaining 70% received their inoculations in the third trimester, Dr. Christine Olson, a CDC medical officer, told the agency’s Advisory Committee on Immunization Practices on Wednesday.

Those participants gave birth to 1,634 infants, including 42 twins.

Olson cited a CDC study on Covid vaccine-related miscarriages conducted from Dec. 14 through July 19. The report factored into its findings a 12.8% risk of miscarriage by the 20th week of gestation among 2,456 participants who received Pfizer’s or Moderna’s vaccines while pregnant, which is the normal risk of miscarriage after adjusting for the mom’s age.

Among the 1,634 babies Olson evaluated, 98 were preterm, 45 were considered small for their gestational age and 158 required intensive care. There were no infant fatalities in the group.

Just 45 babies in the group were born with birth defects, and Olson reported no uncommon types or clusters of birth defects to the panel. Covid vaccines aren’t connected to stillbirths either, said Dr. Elyse Kharbanda, a researcher with the HealthPartners Institute who presented her findings before the committee.

Kharbanda monitored pregnant, Covid-immunized individuals within the CDC’s Vaccine Safety Datalink from December through July, recording 11,300 live births compared with 26 stillbirths during that period. Placental complications, obstetric complications and maternal comorbidities were the leading causes of those stillbirths, Kharbanda said.

“No concerning patterns were identified related to the timing of vaccine exposures or stillbirth etiology,” Kharbanda said.

The CDC reports that pregnant people face a higher risk of harsher Covid cases than the nonpregnant population. Covid raises the chances of premature birth as well, according to the agency.