Discrimination based on sexual orientation and gender identity would be protected under new Title IX rules -
4312
post-template-default,single,single-post,postid-4312,single-format-standard,bridge-core-2.6.5,qode-news-3.0.2,qode-page-transition-enabled,ajax_fade,page_not_loaded,qode-page-loading-effect-enabled,,qode_grid_1400,footer_responsive_adv,hide_top_bar_on_mobile_header,qode-content-sidebar-responsive,qode-theme-ver-25.0,qode-theme-bridge,qode_header_in_grid,wpb-js-composer js-comp-ver-6.5.0,vc_responsive,elementor-default,elementor-kit-344 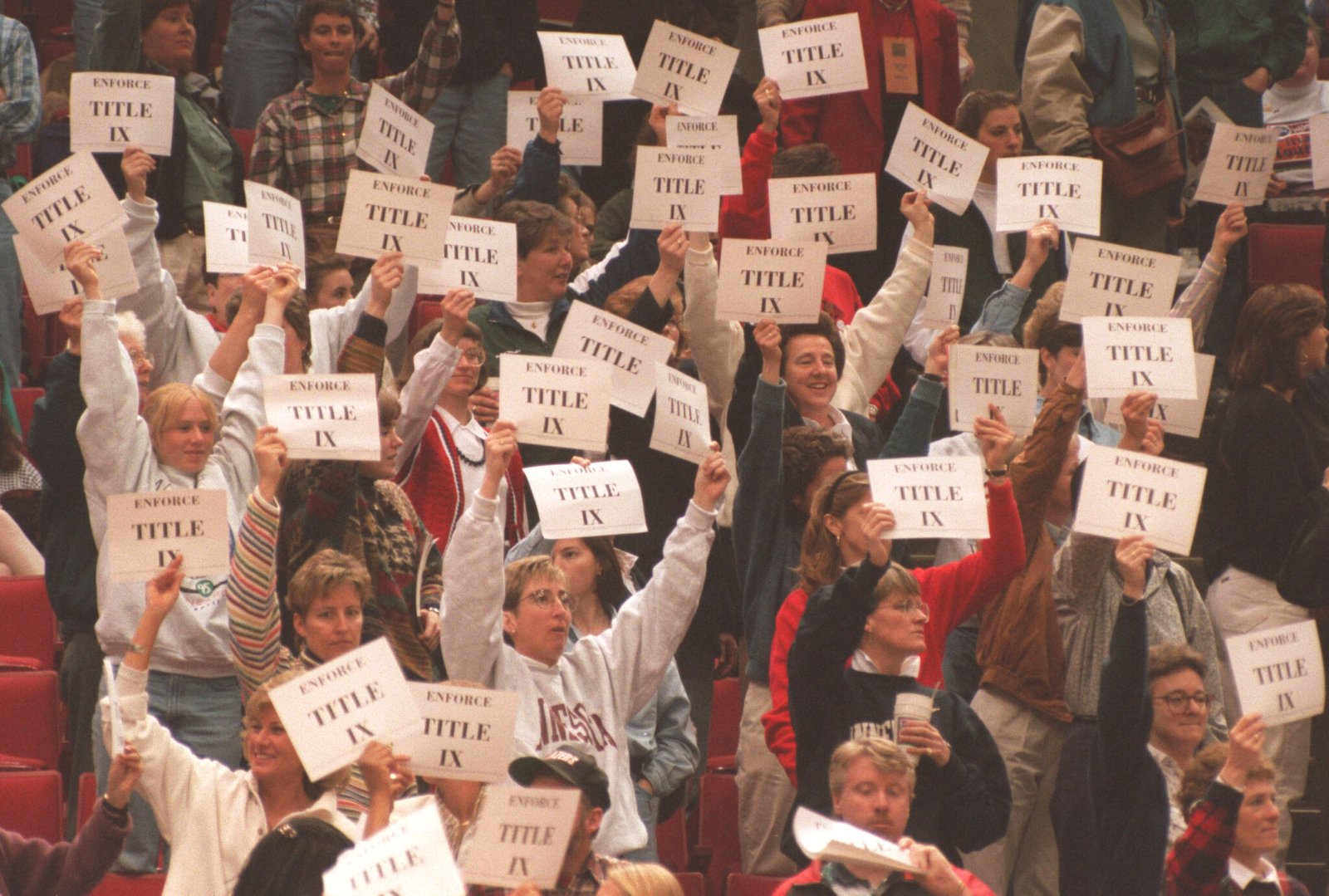 The Biden administration is hoping to expand the scope of Title IX’s protections against discrimination based on sex to include discrimination based on sexual orientation and gender identity – a potentially historic gain for LGBTQ students that comes as both education and gender roles take prominent places in America’s culture wars and states pursue a barrage of laws that seek to curb LGBTQ rights.“Our goal was to give full effect to the law’s reach and to deliver on its promise to protect all students from sex-based harassment and discrimination,” Education Secretary Miguel Cardona said during a call with reporters Thursday to outline the administration’s set of newly proposed Title IX rules.

“Our proposed changes would fully protect students from all forms of sex discrimination,” he said. “Instead of limiting some protections to sexual harassment alone, it makes it clear that those protections include discrimination based on sexual orientation and gender identity.”

Much of the decision to extend Title IX’s protection to cover discrimination based on sexual orientation and gender identity stems from the Supreme Court’s 2020 ruling in Bostock v. Clayton County, Georgia, which held that an employer cannot fire an employee for being gay or transgender. In March 2021, the Justice Department’s Civil Rights Division issued an interpretation of the ruling, extending its application to schools.

“We sought to align our Title IX regulations with the Supreme Court’s decision in Bostock v. Clayton County, which held that it’s impossible to discriminate against a person because of their sexual orientation or gender identity without discriminating against that individual based on sex,” Cardona said. “It’s the Department of Education’s responsibility to ensure all our students can learn and grow and thrive in school no matter where they live, who they are, whom they love, or how they identify.”

The proposed rules come at a moment when LGBTQ students are reporting poor mental health, emotional abuse by a parent or caregiver, and attempted suicide at alarming levels. According to the Trevor Project’s 2022 National Survey on LGBTQ Youth Mental Health, 45% have seriously considered attempting suicide in the past year and 60% of those who wanted and sought mental health support were not able to get it.

“Together we must seize this opportunity to better protect LGBTQ youth who face bullying and harassment, experience higher rates of anxiety, depression, and suicide, and too often grow up feeling like they don’t belong,” Cardona said. “Today we send a loud message to these students and to all our students – you belong in our schools, you have worthy dreams and incredible talents, and you deserve the opportunity to shine authentically and unapologetically.”Among other things, the proposed rules would also expand the definition of sex-based harassment, require schools to investigate claims that occurred off-campus and nix the requirement that an investigation includes a live hearing – though they still can. The proposed rules would also emphasize that schools must protect students and employees who are pregnant or have pregnancy-related conditions and – in maintaining a DeVos-era rule – ensure no disciplinary action is taken against the accuser or the accused until the investigation is complete.

Notably, the Education Department announced plans to undergo a separate rulemaking process to determine how schools should decide eligibility for male and female sports teams – a decision Cardona said was due to the fact that standards are evolving in real-time, alluding to the growing number of conservative states passing legislation that bans transgender girls and women from competing in sports.

“From Day One, we prioritized public input,” Cardona said. “We listened to stakeholders about where the 2020 regulations went wrong and what they did right.”

The proposed rules take the Biden administration one step closer to officially overturning the Title IX rules crafted under former Education Secretary Betsy DeVos, which raised the bar of proof for sexual assault and misconduct, and released schools from investigating incidents that occur off-campus, and bolstered the rights of those accused.

That rule, which sought to counter an Obama-era directive that pressured schools to lower the bar of proof, triggered an outcry from Democrats, civil rights groups, and others working on issues of campus assault who said that it would catapult students and schools back to a time when sexual assault was regularly swept under the rug. The majority of the 124,000 public comments submitted when DeVos first proposed the Title IX rule were in opposition to the measure, and once finalized it sparked dozens of lawsuits, including one involving 17 states and the District of Columbia.

Civil rights groups and organizations working to stem campus sexual assault celebrated the proposed rules, which were originally supposed to be published in April.

“This rule is a necessary step toward rolling back the harm of Betsy DeVos and the Trump administration’s weakening of protections against sexual harassment in schools, and a move toward affirming the rights of pregnant and parenting students and LGBTQI+ students to learn with safety and dignity,” Fatima Goss Graves, president of the National Women’s Law Center, said in a statement. “To fulfill Title IX’s promise in protecting all students, we urge the Biden administration to move quickly to affirm the ability of trans students to fully participate in sports.”

“Expanding this legislation to include other designations like sexual orientation and gender identity goes beyond the intent of Congress,” said Rep. Virginia Foxx, a North Carolina Republican who is the ranking member of the House Education and Labor Committee, during a speech on the chamber floor Thursday. “It also dilutes protections for women and in some cases threatens their safety.”

“I firmly reject efforts to politicize these protections and sew division in our schools,” he said. “Everyone should agree that all students and all children and youth deserve an education grounded in fairness, understanding, and belonging. This is personal to me as an educator and as a father. I want the same opportunities afforded to my daughter, my son, and my transgender cousin so they can achieve their potential and reach their dreams.”

The public will have 60 days to provide comments on the proposed regulations before the Education Department formalizes them.