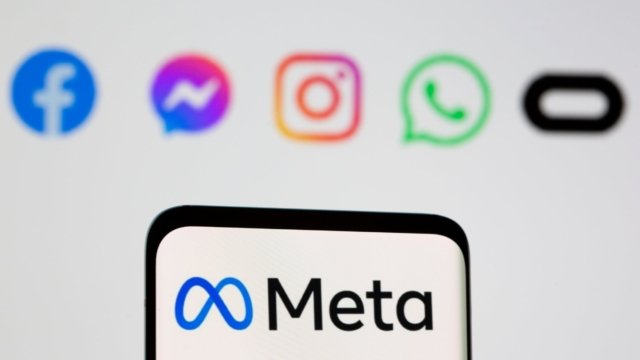 Currently, advertisers can target people who have expressed interest in issues, public figures, or organizations connected to these topics. That information comes from tracking user activity on Facebook, Instagram, and other platforms the company owns.

For instance, someone who’s shown interest in “same-sex marriage” may be shown an ad from a non-profit supporting same-sex marriage. But the categories could also be misused and Meta, formerly Facebook, has been under intense scrutiny from regulators and the public to clean its platform of abuse and misinformation.

Meta Platforms Inc. said in a blog post-Tuesday that the decision was “not easy and we know this change may negatively impact some businesses and organizations.” Shares of the company closed at $335.37 Tuesday, down almost 1%.

“Some of our advertising partners have expressed concerns about these targeting options going away because of their ability to help generate positive societal change, while others understand the decision to remove them,” wrote Graham Mudd, vice president of marketing and ads. “Like many of our decisions, this was not a simple choice and required a balance of competing interests where there was advocacy in both directions.”

“Some of our advertising partners have expressed concerns about these targeting options going away because of their ability to help generate positive societal change, while others understand the decision to remove them,” wrote Graham Mudd, vice president of marketing and ads. “Like many of our decisions, this was not a simple choice and required a balance of competing interests where there was advocacy in both directions.”

The Menlo Park, California-based company, which last year made $86 billion in revenue thanks in large part to its granular ad targeting options, has had a slew of problems with how it serves ads to its billions of users.

In 2019, Facebook said it would overhaul its ad-targeting systems to prevent discrimination in housing, credit, and employment ads as part of a legal settlement. The social network said at the time it would no longer allow housing, employment, or credit ads that target people by age, gender, or zip code. It also limited other targeting options so these ads don’t exclude people on the basis of race, ethnicity, and other legally protected categories in the U.S., including the national origin and sexual orientation.

It also allowed outside groups that were part of the lawsuit, including the American Civil Liberties Union, to test its ad systems to ensure they don’t enable discrimination. The company also agreed to meet with the groups every six months for the following three years and is building a tool to let anyone search housing-related ads in the U.S. targeted to different areas across the country.

After an uproar over its lack of transparency on political ads Facebook ran ahead of the 2016 election, a sharp contrast to how ads are regulated on traditional media, the company created an ad archive that includes details such as who paid for an ad and when it ran. But it does not share information about who gets served the ad.

Outside researchers tried to remedy this. But in August, Facebook shut down the personal accounts of a pair of New York University researchers and shuttered their investigation into misinformation spread through political ads on the social network.

Facebook said at the time that the researchers violated its terms of service and were involved in unauthorized data collection from its massive network. The academics, however, said the company is attempting to exert control on research that paints it in a negative light.

The NYU researchers with the Ad Observatory Project had for several years been looking into Facebook’s Ad Library, where searches can be done on advertisements running across Facebook’s products.

The access was used to “uncover systemic flaws in the Facebook Ad Library, to identify misinformation in political ads, including many sowing distrust in our election system, and to study Facebook’s apparent amplification of partisan misinformation,” said Laura Edelson, the lead researcher behind NYU Cybersecurity for Democracy, in response to the shutdown.