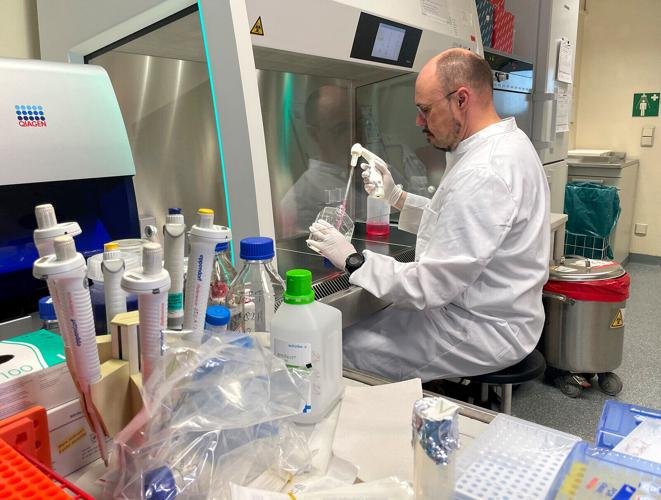 OOn Thursday, New York City became the first U.S. city to start offering the monkeypox vaccine to those at high risk for the disease.

The announcement follows similar ones issued from the United Kingdom and Canada. Although most cases of the disease have been reported among gay and bisexual men, anyone can get it from close physical contact with an infected person. At least five U.S. women have gotten the infection thus far, CBS News reported.

Demand for the vaccine was so high that the city had to restrict vaccinations to those with appointments. The city had 1,000 doses of the Jynneos vaccine, but is working with the U.S. Centers for Disease Control and Prevention to get more doses, CBS News said.

“The demand we’re seeing today is further proof of how proactive the LGBTQ+ community — and all New Yorkers — are when it comes to their health and seeking health care,” New York City Health Commissioner Dr. Ashwin Vasan said in a statement Thursday.

“New York City is among the first in the nation to offer monkeypox vaccinations and, as of this afternoon, all available appointments are booked through Monday,” Vasan said. “We hope to make more appointments available soon. We are in talks with the CDC to obtain more doses and are looking into how we can boost our capacity citywide.”

Worldwide, the monkeypox outbreak has infected more than 3,000 people, including 173 Americans in 24 states and the District of Columbia, as of June 23.

“We are aware that there are jurisdictions with a larger number of cases that are reporting high percentages of contacts that cannot be identified. And there are several considering, planning, and even implementing, expanded vaccination programs at this time,” the CDC’s Brett Petersen said during an Advisory Committee on Immunization Practices meeting on Thursday, CBS News reported.

The CDC has been working to develop a new strategy for the monkeypox vaccine doses that are now in the U.S. stockpile.

“There are some supply limitations that we’re working to address and make sure that this medical countermeasure, in particular, is being provided and used in an optimal fashion, but also in an equitable fashion,” Petersen said.

There are 36,000 courses of the Jynneos vaccine in the government’s warehouses, which are “available for immediate release,” and can be shipped in less than two days. More than 4,000 courses of the two-dose vaccine have been distributed to 28 states and territories, according to CBS News.

Another 150,000 doses of Jynneos are expected from its manufacturer, Bavarian Nordic, in the next few weeks, in addition to the 500,000 more doses the Biden administration has asked the company to provide from its reserves.

No deaths have been reported in the United States so far from monkeypox, which causes a painful and itchy rash and sores that may last for weeks. Most cases are believed to be transmitted through intimate skin-to-skin contact or shared fabrics, such as towels and bedding