Fortnite partners with Balenciaga on outfits for you and your avatar - Success Knocks | The Business Magazine
1829
post-template-default,single,single-post,postid-1829,single-format-standard,bridge-core-2.6.5,qode-news-3.0.2,qode-page-transition-enabled,ajax_fade,page_not_loaded,qode-page-loading-effect-enabled,,qode_grid_1400,footer_responsive_adv,hide_top_bar_on_mobile_header,qode-content-sidebar-responsive,qode-theme-ver-25.0,qode-theme-bridge,qode_header_in_grid,wpb-js-composer js-comp-ver-6.5.0,vc_responsive,elementor-default,elementor-kit-344

Fortnite partners with Balenciaga on outfits for you and your avatar 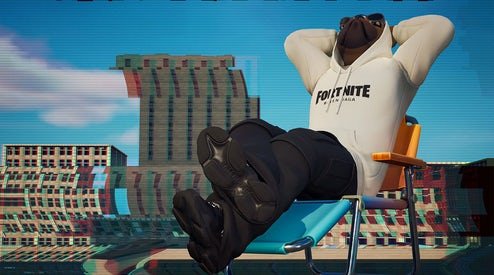 Fortnite partners with Balenciaga on outfits for you and your avatar

Fortnite players will soon get to snag apparel from luxury brand Balenciaga for themselves and their in-game avatars.

The duo announced Monday a partnership which includes adding Balenciaga outfits to wear within Fortnite, as well as a limited edition run of real-world items including hats, t-shirts and sweatshirts.

The outfit sets will also feature Balenciaga pickaxes, “backbling,” and other items so players can personalize their in-game look.

Fortnite will also host an in-game Balenciaga store that will feature members of the game’s community on virtual billboards.

Fortnite and Balenciaga will also launch a limited edition collection of physical apparel players can purchase at Balenciaga stores or the retailer’s website. The clothing will roll out Monday or Tuesday, depending on region.

Balenciaga is the latest clothing brand to dip into virtual worlds as part of a deeper push into the metaverse, which combines augmented reality and virtual reality to connect people. Many supporters, including Facebook CEO Mark Zuckerberg, believe the metaverse could eventually replace the modern internet.

Earlier this month, gaming platform Roblox unveiled a partnership with shoe company Vans on a Vans World where players could customize outfits or skateboards and try them out at different virtual skate parks.

This followed the launch of a virtual Gucci collection within Roblox in June, with players wearing apparel from the famed fashion house.

Fortnite has also hosted several virtual events within the game as part of plans to expand into the metaverse, including concerts featuring Ariana Grande and Travis Scott.