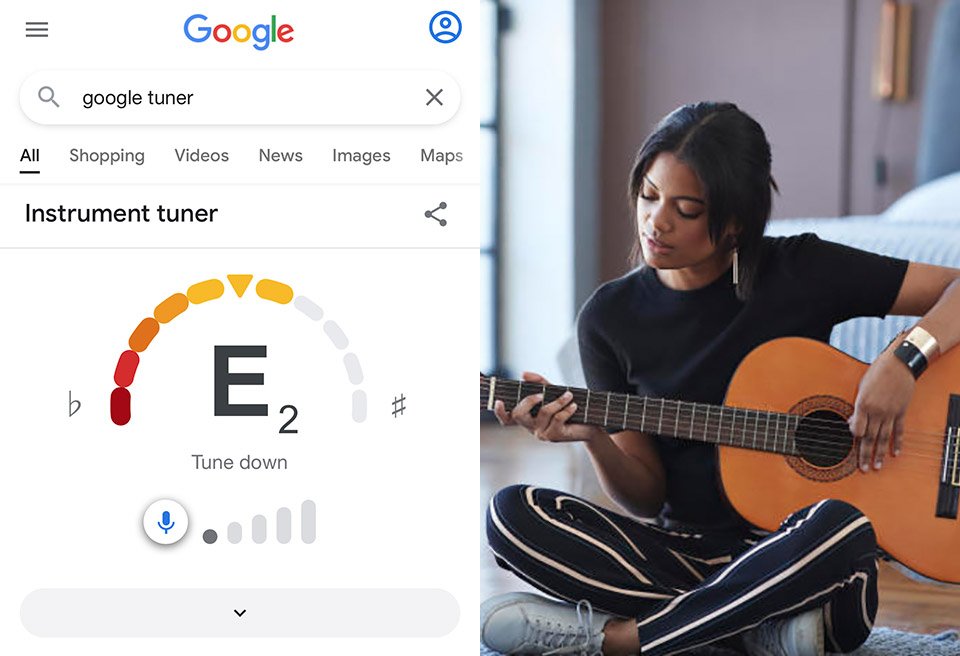 The days of needing to buy a guitar tuner or download an app are long gone now that Google Search has launched its very own built-in tuner.

The new feature was added this week, according to Android Police. To access the feature, you simply type in “Google tuner” into the search bar. The interface is laid out with a microphone button, and it’ll let you know after strumming a tune if it needs to be tuned up or down.

The new built-in tuner can be used with any phone and also a desktop or laptop computer. While results vary similarly to other guitar tuning apps, Android Police says that Google tuner worked on a Galaxy Z Fold3 and Pixel 5a cellphone. The Verge reported similar good results while using an iPhone 12 Pro and a Windows desktop.

The Google Play store has a wide variety of guitar tuner apps that you can pick from, with many varying between 3.5- to 4.5-star reviews. Having a way to tune your guitar quickly and simply over the phone or computer is convenient, but there aren’t always ways to cut out background noise or guarantee it’ll pick up all the sound depending on your device.

Google tuner is one of the latest built-in tools that can use on Google. Things like Google Translate and Google Pay are also popular.