How Fanatics plans to become a $100 billion company. -
2640
post-template-default,single,single-post,postid-2640,single-format-standard,bridge-core-2.6.5,qode-news-3.0.2,qode-page-transition-enabled,ajax_fade,page_not_loaded,qode-page-loading-effect-enabled,,qode_grid_1400,footer_responsive_adv,hide_top_bar_on_mobile_header,qode-content-sidebar-responsive,qode-theme-ver-25.0,qode-theme-bridge,qode_header_in_grid,wpb-js-composer js-comp-ver-6.5.0,vc_responsive,elementor-default,elementor-kit-344

How Fanatics plans to become a $100 billion company. 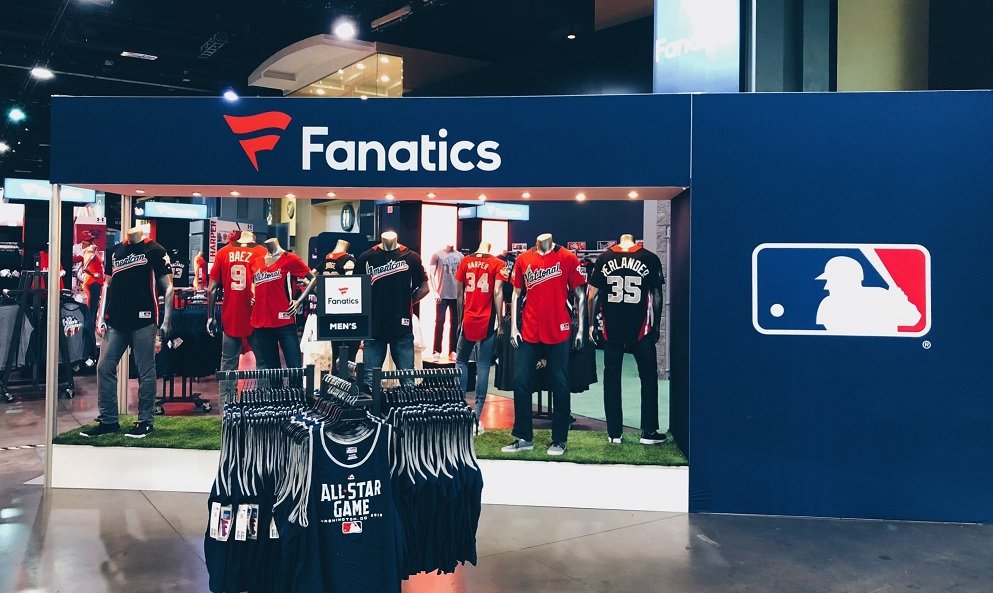 How Fanatics plans to become a $100 billion company.

FFanatics is an e-commerce sports company that’s growing fast but is still far from what it wants to be. During the next decade, the company hopes to grow into a $100 billion empire. It recently reached a $27 billion valuation.

Investors are encouraged by the recent funding round, which included $320 million from the NFL.

NFL, MLB, NBA, NHL, MLS, and various players’ unions have a combined stake in Fanatics worth $5 billion, according to people familiar with knowledge of the company’s business. The people spoke to CNBC about the company on condition of anonymity, as Fanatics doesn’t publicly discuss its finances.

Fanatics is a major hub for sports merchandise such as jerseys and other apparel, as well as sports-themed home, office, and automotive consumer products. It could get a boost as governments lift Covid restrictions and allow more fans to attend games. The company is expanding into online sports betting, too.

CEO Michael Rubin is emboldened and says he’s on a mission to conquer the sports e-commerce sector and beyond.

“I’m 100% locked into making Fanatics the most incredible digital sports platform in the world,” Rubin said at a conference in March.

Fanatics has some skeptics, too.

“I’m still not buying that it’s worth that level,” one executive said when asked about Fanatics’ $27 billion valuations.

Private status is a reason for skepticism. Private companies can conceal revenue struggles, as they aren’t required by the SEC to report earnings. said Fanatics.

“They can get away with a hell of a lot more because they have to anticipate the contribution of each business line to the revenue and EBITDA and how it will change for the future,” the executive said. “And the leagues are also partners, so it’s in their best interest to elevate the value.”

The latest investment round came after Fanatics had two years of apparently quick growth. The company had a $6.2 billion valuation in 2020, hit $12.8 billion in March 2021, and reached $18 billion in August. People familiar with the inner workings of the company suggest the goal is $10 billion in earnings before interest, taxes, depreciation, and amortization, or EBITDA, over 10 years.

Fanatics is anticipating roughly $6 billion in revenue in 2022 and $7 billion in 2023, while targeting $10 billion each year, according to people familiar with the company’s business.

A juggernaut to build

The comments from Rubin and the executive came days after it was revealed that Fanatics’ most recent $1.5 billion funding round was driven in large part by the NFL, MLB, NHL, and Qatar Investment Authority — the sovereign wealth fund that owns UEFA soccer club PSG.

“We’re thinking about how to build a company that’s beloved by billions of sports fans globally,” Rubin said at the MIT Sloan Sports Analytics Conference in Boston on March 4. “Valuation just follows the business results.”

Much of Fanatics’ growth has been generated through acquisitions, particularly during a pandemic shopping spree. The company expanded its e-commerce business in 2020 when it purchased WinCraft, a company that makes sports-themed merchandise. It acquired the Topps trading card company for $500 million to jumpstart 2022, while also forging partnerships with major sports leagues and their player’s unions to end 2021.

Fanatics already had exclusive licensing deals with the NFL and Nike to make jerseys and an exclusive e-commerce deal with Walmart. Add in the new revenue streams from Topps, a team e-commerce deal with the Dallas Cowboys, and global rights to the Olympics, and the people familiar with the company’s business suggested Fanatics would lure in $1 billion in EBITDA in 2022.

Sports leagues are attracted to Fanatics’ future around its products, and investors like that it deals directly with consumers.

Revenue keeps growing as a result, too, according to the company. Rubin said Fanatics is projecting $4.5 billion in revenue for its e-commerce business in 2022. That would be a jump from $2.3 billion before the pandemic.

Fanatics is also looking to technological capabilities to spur further growth. It aims to leverage its artificial intelligence, cloud computing and machine learning tech to advance it. The company touts its 80 million users. Rubin has said Fanatics has up to 16 data attributes per consumer. Data attributes, which contain characteristics about consumers, help companies personalize offers to consumers.

An IPO in the works?

Several major investors are sold on Fanatics’ future as it inches closer to a potential initial public offering, which would deliver big returns.

Investors will likely have to wait a bit longer for an IPO. The company doesn’t plan to go public this year, according to people familiar with the company’s business.

Fanatics’ quest for a $100 billion valuation could run into several obstacles.

Inflation is surging, giving rise to recession fears. Geopolitical strife could hit international growth as war rages in Ukraine and U.S.-China relations become chillier. (Fanatics launched operations in China in February 2021.) Antitrust concerns have also surfaced over Fanatics’ agreement with the NFL, which competitors allege is a form of collusion that harms competing online retailers. That could attract a future challenge to the government.

But publicly and behind the scenes, Rubin remains optimistic about what lies ahead.

Expect more acquisitions and integration of online betting at some point. Rubin has long shown an interest in online betting. Fanatics hired former FanDuel Chief Executive Matt King in 2021 and applied for a gambling license in New York as it looks to take on DraftKings, FanDuel, Caesars and MGM in the space.

It’s not clear what gambling company Fanatics will target, but people familiar with the business downplayed speculation about a potential acquisition of WynnBET. That betting company is reportedly on the market for $500 million.

Rubin projected Fanatics would lead the category in 10 years. The advantage: Fanatics has 80 million users and $19 per customer acquisition cost, which is lower than average for betting companies. The cost is money spent to acquire new customers through methods such as marketing and promotion.

Fanatics can use that low cost in the e-commerce space to bring in new customers and then leverage sports betting while consumers are within Fanatics’ ecosystem.

“The average cost to acquire a customer in online sports betting today is $500 on a good day,” Rubin said at the conference. “I’d much rather look at the different places that I could acquire customers and cross-sell them into online sports betting than go out and spend $500-plus and have a multiyear payback in a highly promotional environment.”