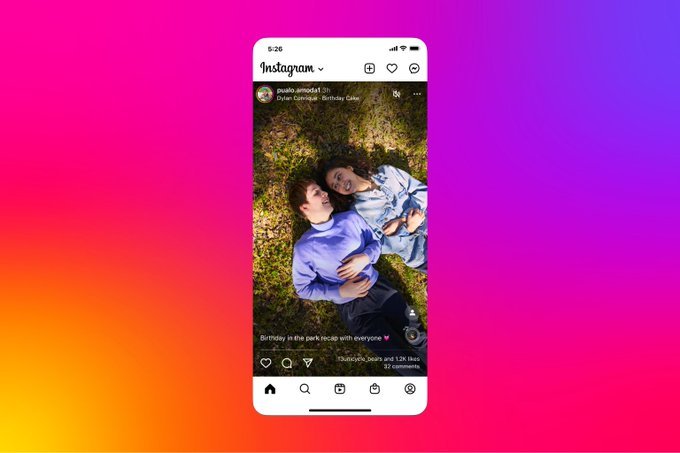 It is being reported that Instagram, the popular photo-sharing and social media app, recently overhauled its design. App’s interface gets new visual changes including “vibrant colors to make it seem alive and illuminated”. It also gets a revised home screen layout and design. Instagram claims the new design puts content at the center. In spite of all these changes, Instagram’s new app layout is reportedly irritating, according to reviews. 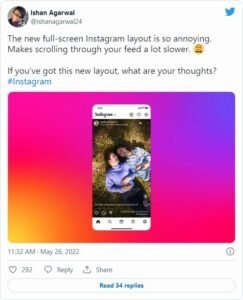 Instagram users have vented their disappointment on Twitter. Some users are even pointing out how the new UI is making them use the app less compared to before as it is growling annoying. It looks like Instagram has messed up the UI big time.

Instagram’s new home screen UI puts posts at the center stage. Apparently, posts on the home screen take up the entire screen space much like how it’s with Reels. This makes scrolling slower. This means instead of showing multiple posts on the screen, you will now only a single post.

Images/videos with a short aspect ratio have a thick colored overlay above and below the posts, which seems to be a waste of space with no practical use case. Users are also complaining that it is no longer easy to read captions. Meanwhile, expanding captions make it difficult to swipe to the next image. Users also need to scroll down to view the next post like ‘Reels’. Instagram says that this would make the posts much more immersive but in reality, the colored backgrounds seem distracting.

The new feed continues to have a navigation tab at the bottom of the panel and the top bar with the notifications and DMs section is also present. We hope Instagram walks back on the new layout before users start leaving the app for good.