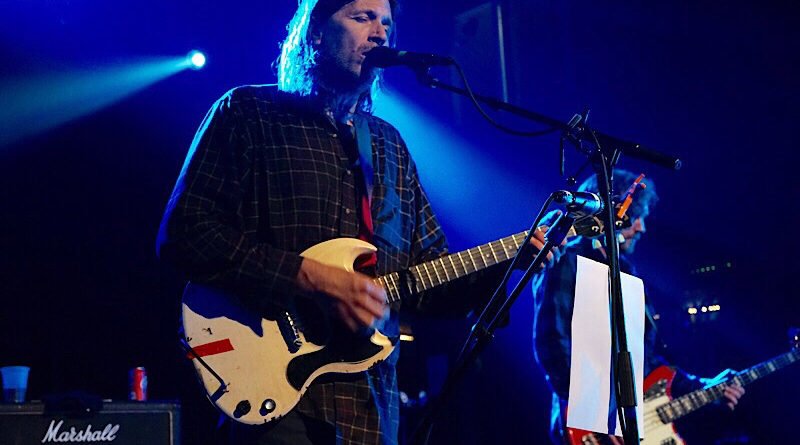 TThe Lemonheads singer has belatedly responded to Jawbreaker jettisoned his band from the lineup for a run of national dates last month, and he’s in a jawbreaker mood of his own.

“I just want anyone and everyone to know that Jawbreaker is pussies. Fact, not my opinion,” he tweeted.“Or rather they aren’t the Bruce Springsteen of alternative rock that they pretend to be. I’ll meet any of them any time for a Fight l

Dando then fired off several more, mostly angry rounds. “OK I’ve cleared the air just want everyone to know that we didn’t wimp out we were fired like The shitty ceramics that is their music,” he tweeted.

The filters were well and truly off. “I couldn’t think of any better word pardon the expression ladies women womyn Everybody it’s not so cool to say pussies but sometimes it’s Unavoidable like when you’re talking or thinking about the band Jawbreaker,” he wrote in another post.

Dando shared several theories behind the decision to dump his band (“that mother—ers kicked us off the tour because they were scared of us”), and other social media users had their own ideas. And then, a truce.


“It’s just dawning on me how ridiculous is to be tweeting about this bullshit when there’s a war going on. I don’t want no beef with nobody including you guys Jawbreaker maybe we can do it again sometime.”And, “Peace Jawbreaker.”

Dando’s response came after Jawbreaker announced in April that, “unfortunately Lemonheads won’t be joining us as planned for Philadelphia, Boston & Silver Spring. But we are stoked to welcome The GetUp Kids on those shows.”

The Lemonheads are celebrating the 30th anniversary of their beloved fifth album, It’s A Shame About Ray, which Dando and Co. have been playing in its entirety at some shows.

The show goes on for The Lemonheads, who are booked to perform tonight at Hansa 39 in Munich, Germany.