New York: Budweiser’s slogan, the “King of Beers,” is as recognizable as its Clydesdales. But it wasn’t always those exact words.

Let’s start from the beginning: German immigrant Adolphus Busch arrived in the United States in 1857. A few years later, he married Lilly Anheuser and began working at his father-in-law’s brewery. The brewery, renamed Anheuser-Busch in 1879, pioneered the pasteurization technology that allowed Budweiser to be shipped across the United States without spoiling, according to its website.
Budweiser, which traces its name back to the Czech Republic town of Budweis, became the first nationally distributed beer. During this period, draught kegs and glass bottles were the only packaging formats available to brewers. Budweiser was primarily sold bottled, so the original slogan was actually the “King of Bottled Beer.” 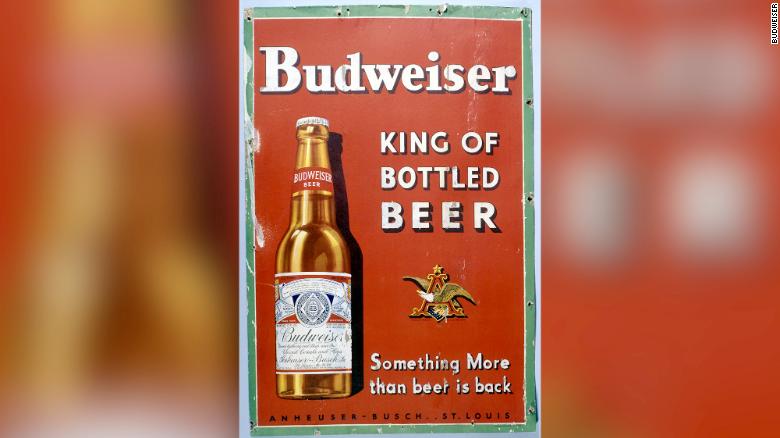 A “King of Bottled Beer” cardboard sign from the 1930s.
“By specifically mentioning bottles in the ‘King of Bottled Beer’ slogan, Budweiser communicated the overall strength of the brand as well a defining feature separating Budweiser from some of its competitors,” a spokesperson for Anheuser-Busch InBev (BUD) told CNN Business.
The slogan was tweaked to “King of All Bottled Beers” as competition grew. Then prohibition happened, banning the production, importation, sale, and transportation of alcohol in the US from 1920 to 1933.
The company survived by making alternative products, such as soft drinks and “near-beer,” which had a very low (and legal) alcohol content. After the ban was lifted, the slogan “King of Bottled Beer” returned and Anheuser-Busch once again began brewing its signature brand. 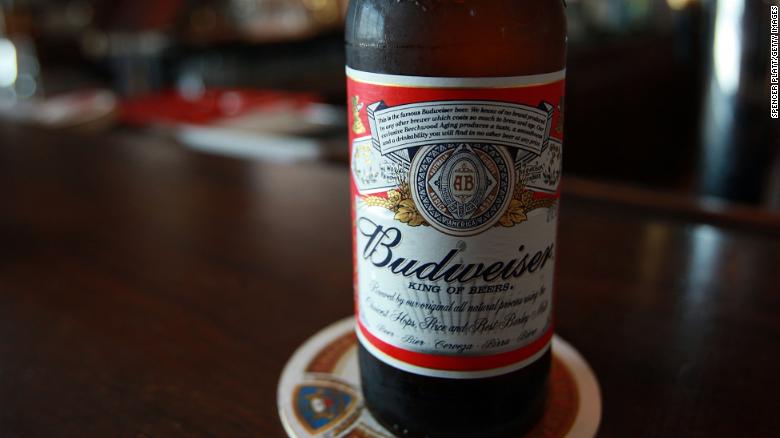 A bottle of Budweiser beer.
The slogan was changed to the “King of Beers” in the mid-twentieth century as aluminum cans became a more popular form of packaging. It’s still in use today and is featured predominately on Budweiser labels.
The slogan hasn’t been technically true for a while, however. Budweiser was the country’s top-selling beer until 2001 when it relinquished that crown to its sister brand, Bud Light. Shifting consumer tastes to lower-calorie options, such as spiked seltzer, as well as the increasing popularity of premium liquors, has also dented Bud’s popularity.
Source: CNN