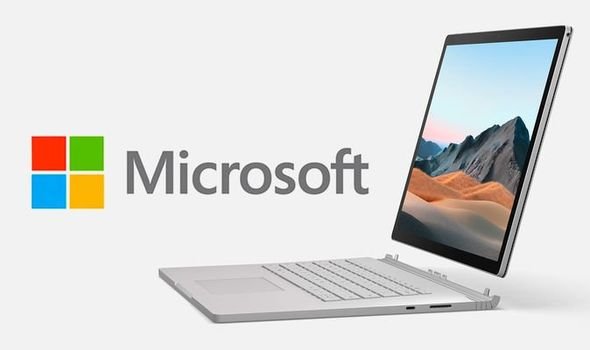 With the launch of Windows 11 approaching, Microsoft is rolling out a new line of Surface devices, including a foldable mobile device, new tablets and a fresh laptop.

During an event on Wednesday, Microsoft revealed several gadgets that will run Windows 11, the latest operating system for PCs arriving on Oct. 5.

“Each new version of Windows unlocks the next generation of hardware innovation,” said Pete Kyriacou, vice president of Microsoft Devices, in a blog post Wednesday. “And for the last decade, Surface has been at the forefront – challenging convention, pioneering new experiences, and creating entirely new categories of devices.”

The arrival of new Surface devices marks a big month in tech, fresh off the reveal of Apple’s new iPhone 13, as well as a new Apple Watch and two new iPads. Apple releases the iPhone 13 on Sept. 24, days after iOS 15 dropped.

The headliner of Microsoft’s event is the Surface Laptop Studio, a laptop with an adjustable screen so users can view the display in various modes.

In Laptop Mode, the Surface works like a traditional laptop. Stage Mode places it at an angle with the keyboard hidden to view movies or play games. In Studio Mode, the 14.4-inch touchscreen can be placed flat like a tablet. The Laptop Studio features a woven hinge that allows users to easily shift the screen between different modes.

Microsoft also revealed three versions of the Surface Pro 2-in-1 tablets, which include detachable keyboards so they can be used as a laptop or tablet. The Surface Pro 8, which the tech giant says is twice as fast as the previous model, also boasts a larger 13-inch display and full high-definition cameras.

Starting at $1,099.99, the device also features support for Dolby Atmos sound and far-field studio mics. And like the Laptop Studio, the Pro 8 features Thunderbolt ports to support the use of external monitors or hard drives. It boasts up to 16 hours of battery life, Microsoft said.

It’s a thinner and lighter version of Microsoft’s flagship Pro line meant for users who prefer more of an on-the-go device.

For the first time, the Pro X will be available as a Wi-Fi only model. Users can also purchase models supporting Gigabit LTE service.

It includes the same support for detachable keyboards and the Surface Slim Pen 2 but starts at $899.99.