Microsoft's profits increase by 21% as the cloud and PC markets expand -
2421
post-template-default,single,single-post,postid-2421,single-format-standard,bridge-core-2.6.5,qode-news-3.0.2,qode-page-transition-enabled,ajax_fade,page_not_loaded,qode-page-loading-effect-enabled,,qode_grid_1400,footer_responsive_adv,hide_top_bar_on_mobile_header,qode-content-sidebar-responsive,qode-theme-ver-25.0,qode-theme-bridge,qode_header_in_grid,wpb-js-composer js-comp-ver-6.5.0,vc_responsive,elementor-default,elementor-kit-344 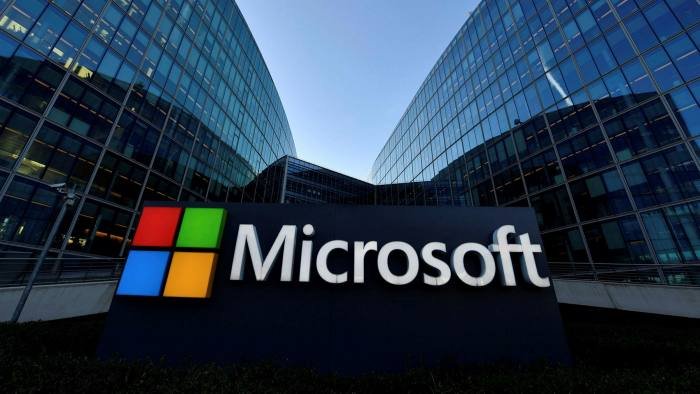 29 Jan 2022: Microsoft profits soared 21% in the second quarter of 2022 thanks, once again, to the ongoing growth of its cloud business.

Whilst not quite the 44% surge the company saw at the beginning of 2021, the global PC and cloud markets continued to feel the benefits of pandemic demand throughout the year.

Total revenue for the December quarter sat at £38.3 billion, a 20% increase over the same period in Microsoft’s last fiscal year.

The PC market helped to bolster what was already a strong quarter for the increasingly cloud-focused company.

340 million PCs were shipped in 2021, helping to increase Windows OEM revenue by 25% as Windows 11 enters its second quarter.

On an earnings call, Microsoft CEO Satya Nadella said the company is witnessing a “structural shift in PC demand”. Windows 10 and 11 are reportedly now operating on 1.4 billion monthly active devices.

Microsoft even surprised itself with its touchscreen and tablets range, Surface, now in its tenth year. The company had warned shareholders to expect a dip in revenue, only for it to increase by 8% following the launch of the Surface Pro 8 in October.

Looking ahead to the rest of the year, Microsoft will be focused on closing its planned £50.9 billion acquisition of video game giant Activision Blizzard. The deal will see Microsoft publishing franchises such as Warcraft, Diablo, Overwatch, Call of Duty, and Candy Crush.

The scale of the investment, and the formation of a dedicated Microsoft Gaming division, means there will likely be insights into Microsoft’s burgeoning gaming business in its next quarterly earnings.