Monkeypox cases increase in Portugal as the outbreak spreads 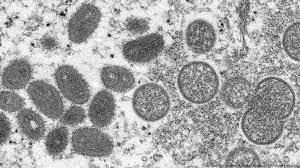 Monkeypox cases increase in Portugal as the outbreak spreads

AAfter four new cases of typically rare monkeypox infection was spotted in Britain earlier this week, the illness has now been confirmed in five young men in Portugal and 15 other suspected cases are being investigated, health officials in that country said Wednesday.

The patients in the confirmed cases have skin lesions and are in stable condition, according to Portugal’s General Directorate for Health, the Associated Press reported. The disease, which is usually not lethal, is typically limited to Africa, but there have been recent cases reported in Europe.

Portuguese officials did not say if the men had a history of travel to Africa or any connection with recent cases in Europe, the AP reported. All cases reported arose this month in and around Lisbon, according to Portugal’s General Directorate for Health.

Three cases of monkeypox were previously reported in Britain. Two involved people who lived in the same household and the third was a person who had traveled to Nigeria, where the disease is common in animals, the AP reported.

Monkeypox is in the same family of viruses that includes chickenpox and smallpox. Most people recover from monkeypox within weeks. The virus typically spreads to people from infected animals such as rodents, but human-to-human transmission is possible.

The monkeypox cases in Britain need to be investigated to understand how the disease was being spread among gay and bisexual men, according to Dr. Ibrahima Soce Fall, the World Health Organization’s assistant director-general for emergency response.

Health officials need to learn more about how monkeypox spreads in general, even in the countries where it is endemic, Fall told the AP.

There were more than 6,000 reported cases in Congo and about 3,000 cases in Nigeria last year, but there are still “so many unknowns in terms of the dynamics of transmission,” he noted.