One step closer to the launch of the world's first 3D-printed autonomous rocket -
4272
post-template-default,single,single-post,postid-4272,single-format-standard,bridge-core-2.6.5,qode-news-3.0.2,qode-page-transition-enabled,ajax_fade,page_not_loaded,qode-page-loading-effect-enabled,,qode_grid_1400,footer_responsive_adv,hide_top_bar_on_mobile_header,qode-content-sidebar-responsive,qode-theme-ver-25.0,qode-theme-bridge,qode_header_in_grid,wpb-js-composer js-comp-ver-6.5.0,vc_responsive,elementor-default,elementor-kit-344 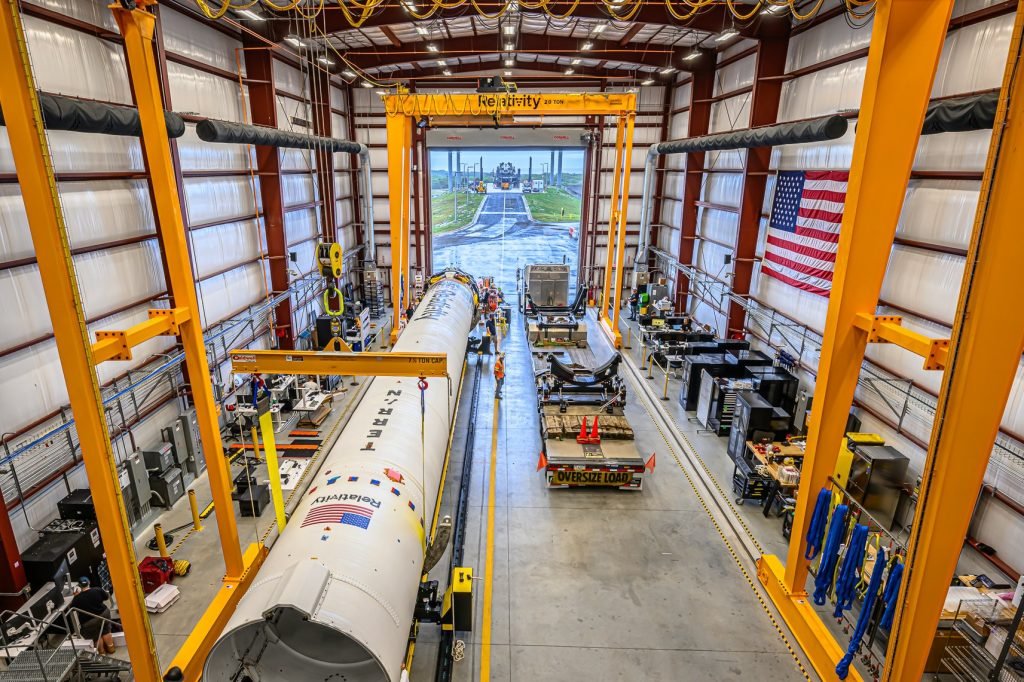 RRelativity Space has achieved an industry first with the development of a 3D-printed rocket.

Both stages of the group’s Terran-1 rocket have been shipped to a launch pad in Florida’s Cape Canaveral Space Force Station, bringing the startup ever closer to the first orbital launch of its rocket; anticipated for 2024.

Terran-1 is made up of nine 3D-printed booster engines, constructed primarily out of aluminum. The construction process harnesses 3D printing, AI, and autonomous robotics to optimize its design and construction. In addition, these digital tools enable Relativity Space to significantly speed up the process and reduce touch points and lead times, as well as make reliability increasingly robust. According to Relativity Space, its rockets Terran 1 and Terran R can be created from raw material in 60 days.

Terran R is reportedly scheduled to launch from the Relativity-constructed launch pad at Cape Canaveral, starting in 2024

In the future, the group – the world’s second-largest private space company after Elon Musk’s SpaceX – plans to expand its 3D-printing factory to include not only rockets but also infrastructure elements needed for civilization on Mars.

Founder Tim Ellis said in an interview with the World Economic Forum that his company’s intention is to facilitate the movement of people to Mars, saying that making humanity “multiplanetary” was a solution to tackling issues such as climate change and land use. Ultimately, Ellis wants to put 1 million people on Mars and sees his 3-D printed rockets as the way to achieve this.