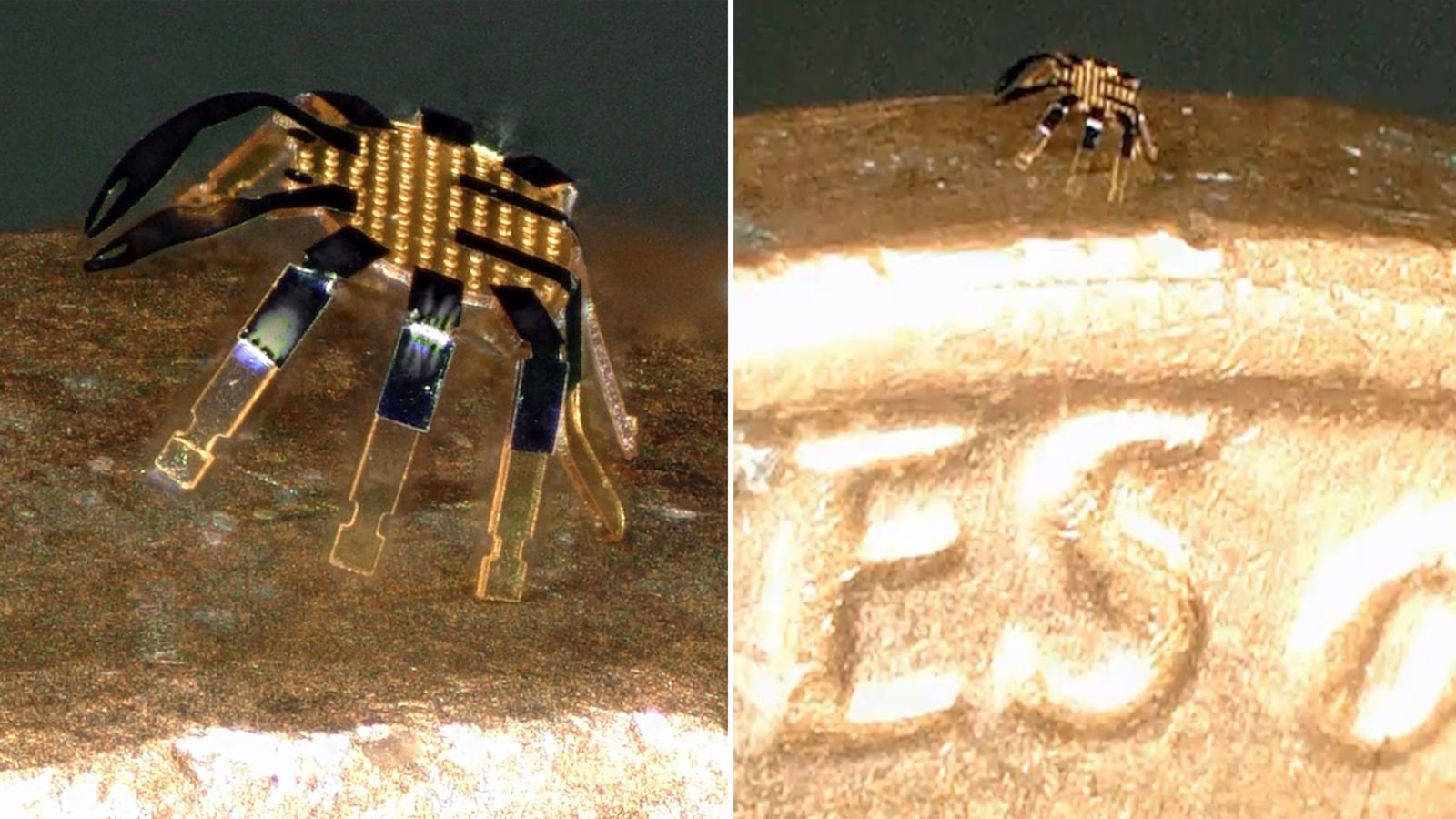 AA team of researchers from Northwestern University has created the smallest remote-controlled walking robot ever; a crab that measures only half a millimeter long.

The bot, presented in the review ScienceRobotics, features ten legs, two of which end in mini clamps, and has potential applications as a surgical assistant or as a factory hand when delicate inspection and maintenance tasks need to be completed.

The tiny bot has the flexibility of movement to walk, bend, jump and twist in every direction, in a design the team says is based on elasticity and resilience, and specifically does not use hydraulics, electricity or hardware to operate. Instead, the team used shape-memory alloys for the crab’s body, heating it at different angles with a laser to stimulate a change in shape and creating energy for it to move in the process – with the laser’s direction determining the bot’s direction of movement.

The team has also created miniature bots resembling inchworms, crickets, and beetles. While their research remains in the initial phases, there is hope that their findings will bring the industry closer to commercialized microbots.

“Robotics is an exciting field of research, and the development of microscale robots is a fun topic for academic exploration,” said professor John A. Rogers, who led the research team. “You might imagine micro-robots as agents to repair or assemble small structures or machines in industry or as surgical assistants to clear clogged arteries, to stop internal bleeding or to eliminate cancerous tumors — all in minimally invasive procedures.”