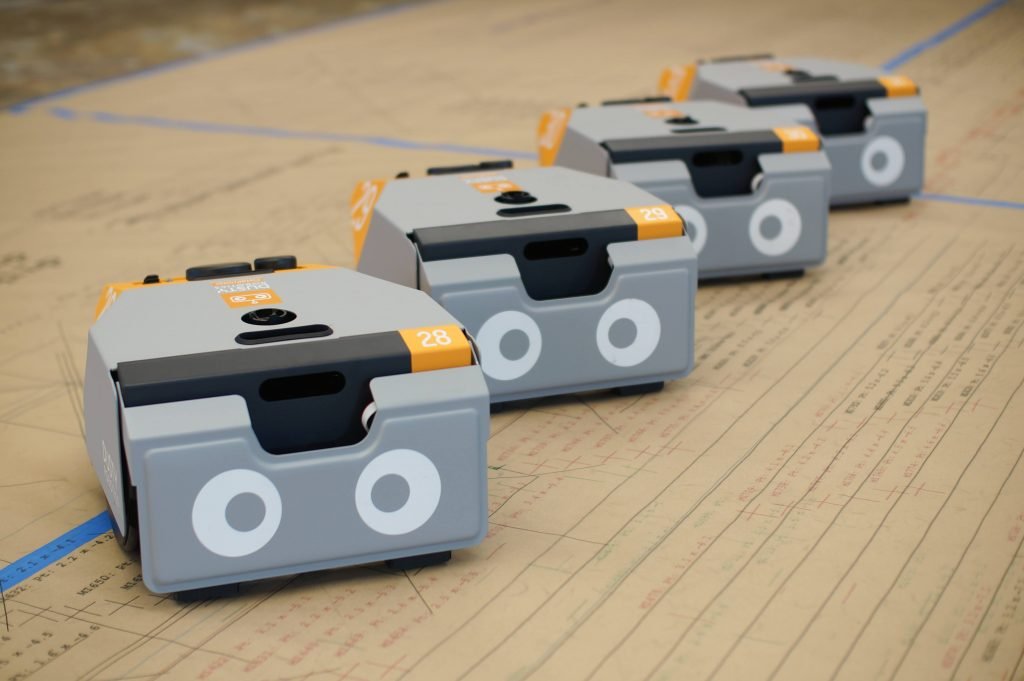 DDigital construction startup Dusty Robotics recently closed a Series B investment round, raising $45 million to accelerate the manufacturing and deployment of its FieldPrinter robot.

The machine autonomously prints full-scale plans directly onto the floors of construction sites with 1 mm accuracy, eliminating the imprecision of hand-drawn chalk lines that have bedeviled builders since ancient Egypt, the company says. These “IKEA instructions” help eliminate layout delays, errors and rework, keeping projects on time and on budget, according to Dusty.

“Most projects have adopted Building Information Modeling (BIM) to design buildings in full 3D, yet layout crews still use paper plans, measuring tape, and string to transfer those designs to the site for construction,” Dusty founder and CEO Tessa Lau said. “We are creating a future where robots are standard tools used to construct every building, turning BIM into reality, and eliminating the errors that create waste.”

The FieldPrinter is capable of printing on any broom-swept, flat surface, including concrete, plywood, wood formwork, and asphalt. It can be used for drywall hanging, coordinating mechanical, electrical, and plumbing (MEP) work and for general contracting, simultaneously laying out schematics for all interior trades as soon as a building’s construction slab is ready.

The robot comes in a hard case built for the demands of the construction site. The rest of the system includes a ruggedized tablet, tripod, and a surveyor’s station for establishing a control point from which the printer orients itself for the job.

The FieldPrinter 1.0 release is ready for the widespread use and includes several new features, Dusty said. These include automatic obstacle detection and avoidance, which allows the robot to operate in busy construction sites, QR-code printing, single-pass printing of intersection points, and real-time progress monitoring.

The FieldPrinter can be leased on a long-term subscription or rented on a per-job basis.

So far the robots have been used by dozens of contractors for a variety of building types, including parking garages, data centers, apartments, offices, and hospitals. In the first quarter, FieldPrinters laid out more than 25 million square feet of floor plans, the company said.

The latest funding round brings the company’s valuation to $250 million. It was led by Scale Venture Partners and included returning investors Baseline Ventures, Canaan Partners, Root Ventures, NextGen Venture Partners, and Cantos Ventures. In June 2021, Dusty completed a series A funding round for $16.5 million. Altogether, the Mountain View, California-based company has raised $68.67 million since its founding in 2018.