Testing robotic kitchen assistants from Miso by Jack in the Box -
3173
post-template-default,single,single-post,postid-3173,single-format-standard,bridge-core-2.6.5,qode-news-3.0.2,qode-page-transition-enabled,ajax_fade,page_not_loaded,qode-page-loading-effect-enabled,,qode_grid_1400,footer_responsive_adv,hide_top_bar_on_mobile_header,qode-content-sidebar-responsive,qode-theme-ver-25.0,qode-theme-bridge,qode_header_in_grid,wpb-js-composer js-comp-ver-6.5.0,vc_responsive,elementor-default,elementor-kit-344

Testing robotic kitchen assistants from Miso by Jack in the Box 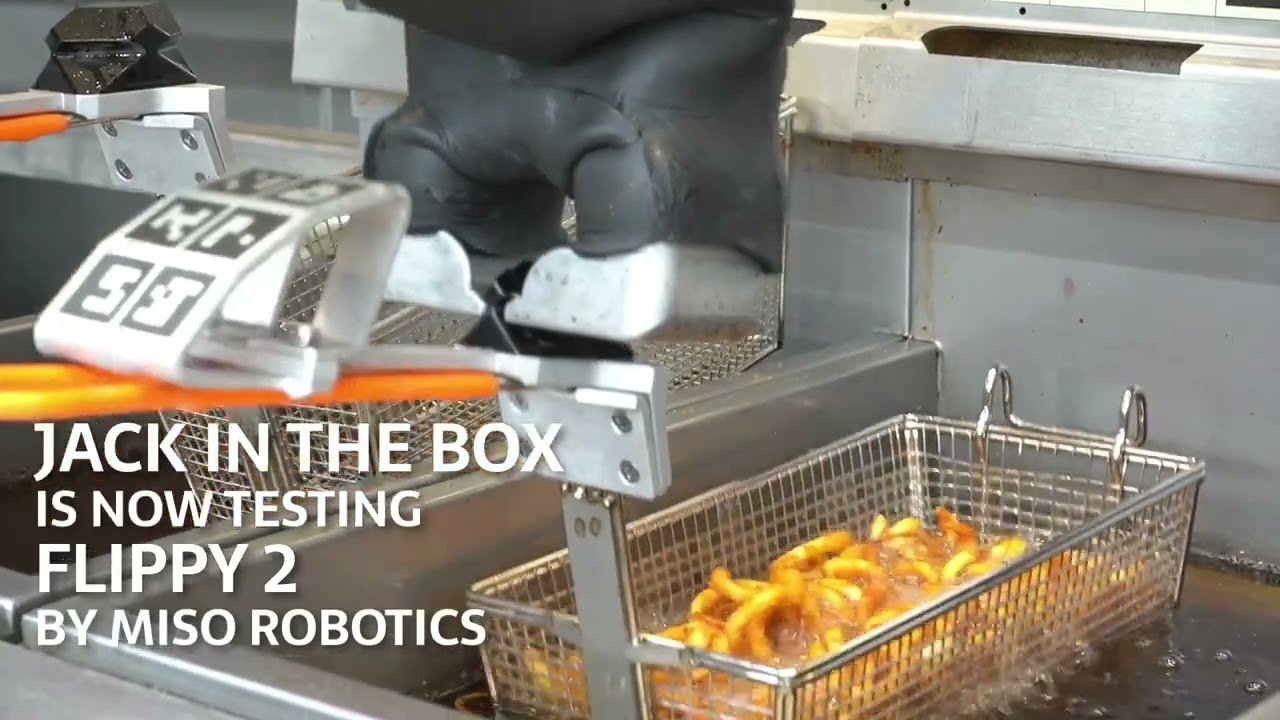 Testing robotic kitchen assistants from Miso by Jack in the Box

Fast-food chain Jack in the Box is collaborating with Miso Robotics, with the pilot launch of Flippy 2 and Sippy in the restaurant chain.

Flippy 2 has more than 120 configurations and can perform more than twice as many food preparation tasks as its previous iteration. The new model features an AI vision that can identify and handle different food autonomously, reducing instances of injury from hot oil spills in the process.

“This collaboration with Miso Robotics is a stepping stone for our back-of-house restaurant operations,” said Tony Darden, Jack in the Box COO. “We are confident that this technology will be a good fit to support our growing business needs with intention of having a positive impact on our operations while promoting safety and comfort to our team members.

“We are looking forward to testing Flippy 2 as our new hire at our San Diego location!” he added.

The initiative adds to a growing trend of harnessing AI technology in hospitality, and Jack in the Box joins the likes of White Castle and Chipotle, which have been trailing the Flippy 2 and tortilla-chip-making bot Chippy respectively. The Chippy robot has been taught to create Chipotle’s tortilla chips using its specific recipe.

Miso Robotics caught public attention with its initial Flippy offering in 2020 and has to date raised more than $50 million in crowdfunding from over 18,000 shareholders, with $35 million of this being raised at the end of 2021 alone. The company is currently in its series E round, which kicked off with a market valuation of $500 million, and has plans to ramp up production to hundreds of robots per month by the end of this year.