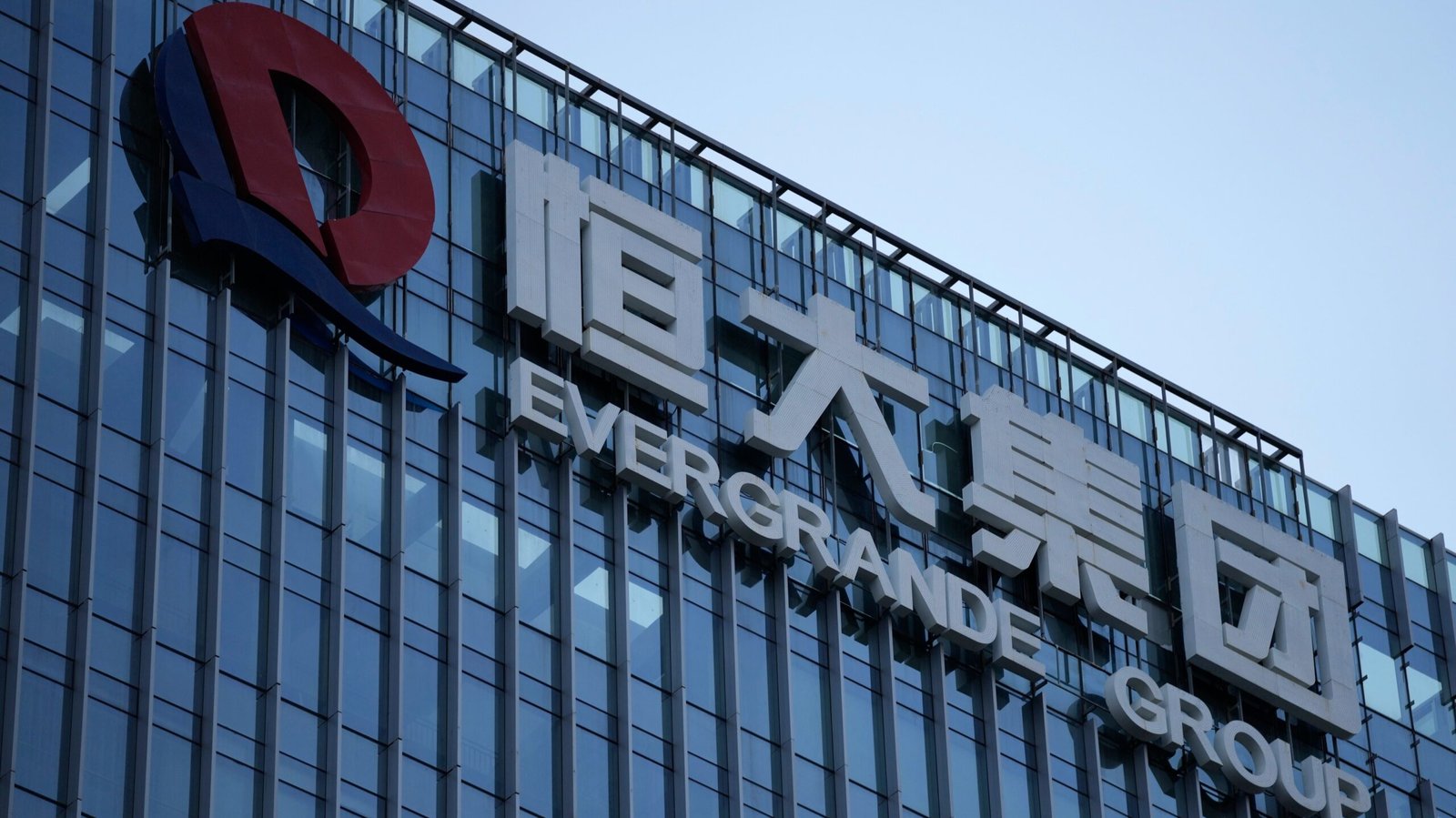 Banks have seized $2 billion in cash from Evergrande, the ailing Chinese real estate developer said Tuesday as it announced a delay to the publication of its annual earnings.

Evergrande said that it won’t be able to meet the March 31 deadline for publishing audited results for 2021, a year that saw it default on its debts as prices and activity in China’s vast real estate sector slumped.
One of its units — Evergrande Property Services — said some of its lenders had unexpectedly claimed around 13.4 billion yuan ($2.1 billion) of its bank deposits that were pledged as collateral for “third party guarantees.”
It didn’t specify who the lenders were, saying only that the banks had taken control of the cash. The property services unit said it would establish an independent committee to investigate.
The real estate developer is one of China’s largest and most indebted with more than $300 billion of total liabilities, including about $19 billion outstanding offshore bonds held by international asset managers and private banks on behalf of their clients.
Evergrande was declared by Fitch Ratings to be in default in December — a downgrade that the rating agency said reflected the company’s inability to pay the interest due on two dollar-denominated bonds.
In 2020, Beijing started cracking down on excessive borrowing by developers in a bid to rein in their high leverage and curb runaway housing prices. But the sector’s problems escalated significantly last fall when Evergrande began warning the markets urgently of liquidity problems.
There’s evidence now that the Chinese government is taking a leading role in guiding Evergrande through a restructuring of its debt and sprawling business operations.
But some of the company’s international creditors have been losing patience.
A group of overseas bondholders threatened in January to take legal action over the “opaque” debt restructuring process. They said they would “seriously consider enforcement actions” after Evergrande failed to engage substantially with them about reorganizing its operations.
Evergrande has another interest payment due on Wednesday.
The company said in its exchange filing that “audit work has not yet been completed,” and “drastic changes” in the operational environment and the Covid-19 pandemic had led to delays in preparing its earnings. It will publish them “as soon as practicable” after the audit has been completed, it said.
Other major developers are also having trouble meeting the March 31 deadline for earnings.
Sunac China and Shimao China, which ranked No. 3 and No. 12 in property sales last year, said Monday that they would also have to delay publishing their annual results. Both cited Covid-related restrictions, such as quarantines and travel restrictions, for holding up the audit process.
Ronshine China, which was among the top 30 developers last year, also said it won’t be able to file audited results by March 31 as its original auditor had resigned, according to an exchange filing by the company on Monday. Ronshine China said later that day it has hired a new auditor and will publish audited results “as soon as practicable.”
As published by CNN