The infusion of self-driving shuttles into public transportation -
4398
post-template-default,single,single-post,postid-4398,single-format-standard,bridge-core-2.6.5,qode-news-3.0.2,qode-page-transition-enabled,ajax_fade,page_not_loaded,qode-page-loading-effect-enabled,,qode_grid_1400,footer_responsive_adv,hide_top_bar_on_mobile_header,qode-content-sidebar-responsive,qode-theme-ver-25.0,qode-theme-bridge,qode_header_in_grid,wpb-js-composer js-comp-ver-6.5.0,vc_responsive,elementor-default,elementor-kit-344

The infusion of self-driving shuttles into public transportation 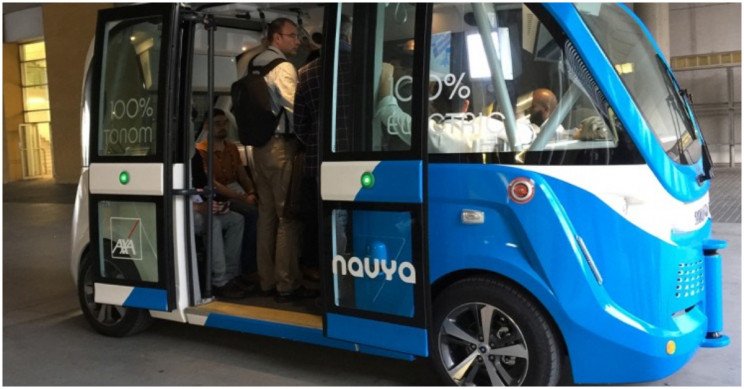 The infusion of self-driving shuttles into public transportation

PPlans have been revealed in Germany for an autonomous shuttle to be fully integrated into public transport for the first time anywhere in the world.

According to Deutsche Bahn (DB) and regional transport association Rhein-Main-Verkehrsverbund (RMV), testing of the Level 4 shuttles will get underway in the Darmstadt and Offenbach district in the Rhine-Main area from 2023.

DB’s digital mobility technology company, Ioki, is providing intelligent software for the autonomous on-demand transport service. Ioki says a specially developed interface (API) will enable the smooth integration of the software of the autonomous vehicles with its on-demand platform.

The vehicle software for the project, meanwhile, will be provided by Intel subsidiary Mobileye – the third provider to be integrated into the Ioki platform after Navya and Easy Mile.

The service itself will be operated by CleverShuttle, which is also a DB subsidiary.

At the start of 2019, there were around a dozen services, but by the end of this year, there will be more than 80.

In the Rhine-Main region, the RMV, and DB, together with local partners, have run Germany’s largest service since 2021. But this new initiative will mark the first time that self-driving vehicles will be made available.

The plan is for the service to work along similar lines as to what is currently operating: passengers will be able to book the shuttles (whether with or without drivers) via the central RMV on-demand app.

The digital tech is proven, having already successfully operated across the Offenbach district in Frankfurt, Darmstadt, Taunusstein, Limburg, and Hofheim. In the coming months, further service areas will be added in Groß-Gerau, Darm-Stadt-Dieburg, and Hanau, meaning that up to 1.8 million people in the region will benefit from on-demand transport.

Hailing the service as “passenger-friendly and efficient,” RMV managing director Prof. Knut Ring, said: “On-demand traffic is highly attractive for passengers and therefore offers great potential for the mobility revolution.” However, he claimed that on a large scale, it only made sense economically, “in autonomous operation.”