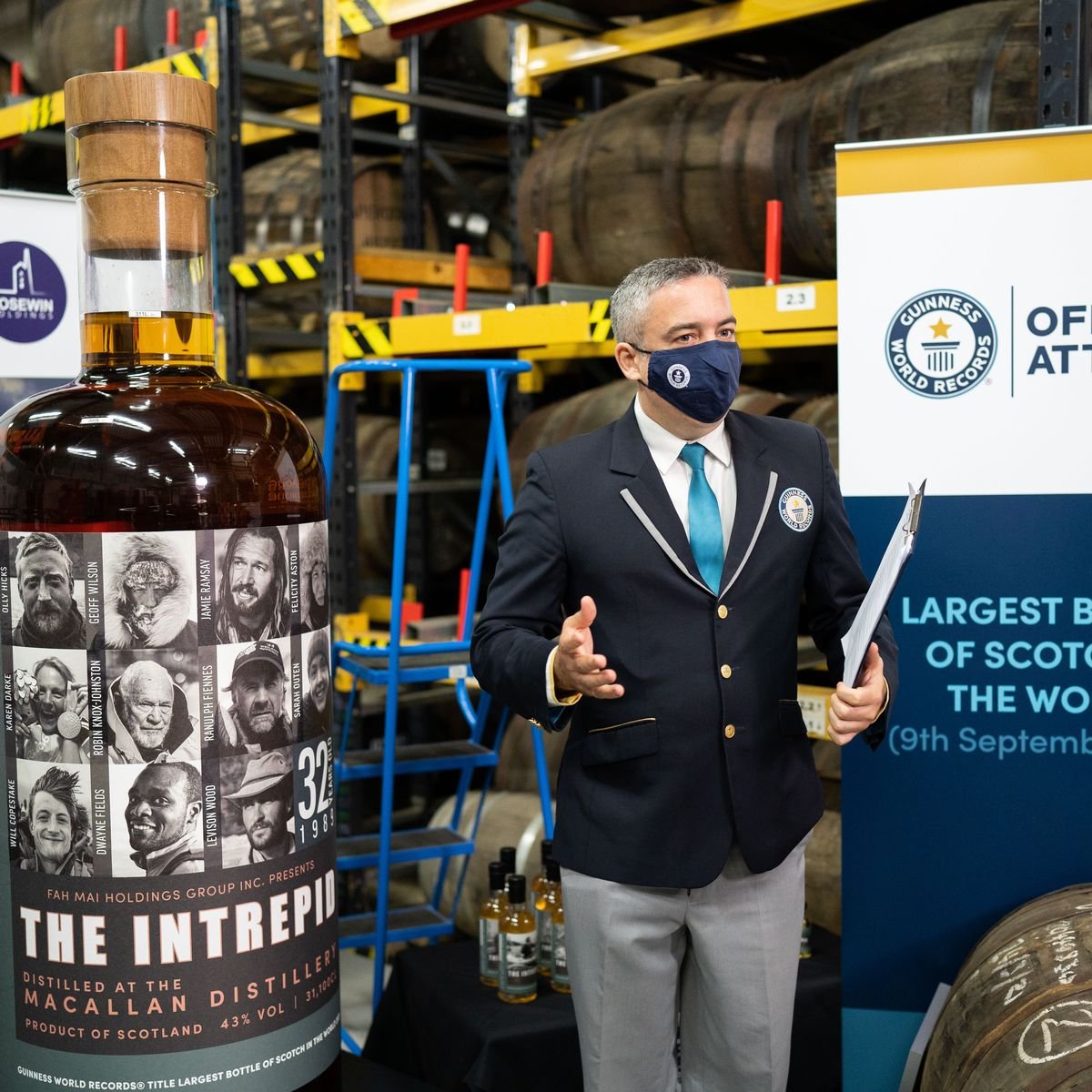 TThis special bottle, standing tall with the height of 5 feet and 11inches, contains 311 liters of whiskey, which is equivalent to roughly 444 bottles of whiskey!From growing the largest watermelon to making the biggest pizza, we have seen some bizarre things happen in the world! People need to defy the laws of physics by creating bigger versions of almost everything. Last year, something similar was witnessed in the world of beverages. Guinness World Records announced the existence of the largest bottle of whiskey in the world when the whiskey bottle known as ‘the Intrepid’ was filled last year.

This special bottle, standing tall with the height of 5 feet and 11inches, contains 311 liters of whiskey, which is equivalent to roughly 444 bottles of whiskey! Sounds amazing, right?! Take a look: The bottle was officially filled on 9th September 2021, breaking the world record and now the largest bottle of whiskey has been auctioned off at the price of 1.1 million British pounds (1.4 million US Dollars). The bottle carries 1989 Macallan single malt that has been aged for 32 years in oak cases at Macallan’s Scotland distillery. The auction house Lyon & Turnball hosted the sale of this record-breaking bottle and now it has been sold on 25th May 2022 to an international collector.

The auction house described the whiskey as pale gold in colour along with sweet notes of apple. The Intrepid project is a collaboration between Fah Mai and Rosewin Holdings, two investment companies, and the founder of the project is Daniel Monk. It is dedicated to the spirit and experience of exploration. It also celebrates the achievements of explorers in all fields including Olly Hicks, Sir Ranulph Fiennes, Will Copestake, Dwayne Fields, and Karen Darke.