The Perspective On Big Data 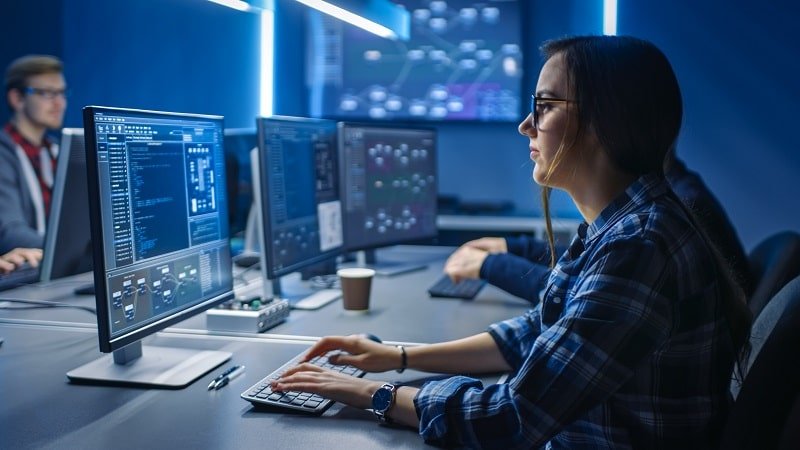 The Perspective On Big Data

ur lives have become increasingly reliant on technology; almost everything we do leaves a digital footprint. Facebook remembers what we like; Google Maps tracks where we’ve been; smart fridges assess the contents of our kitchen – and let our grocers know which vegetables we need. All of this data is gathered and stored, resulting in what we know as Big Data.
This data is constantly analyzed to help inform anything from healthcare decisions to targeted advertisements. The ultimate question has since arisen: Is Big Data being used for good? While Big Data has definitely had a hand in helping to understand COVID-19 and combat its spread, we still need to consider the future implications of Big Data on our privacy and our consumerism. The latter is especially relevant given recent findings about Amazon misusing its superior access data for its own competitive advantage.
Here are three reasons to favor Big Data can do for us, and three reasons to be wary of its consequences.

Data capture in real time broadens the scope of medical research through analysis of multiple demographics and populations. For example, Brazilian researchers analyzed scores of data supplied by Twitter, Wikipedia and Google Trends, and were able to successfully predict the outbreak of dengue fever in several cities. Other patterns were similarly detected in Google and Twitter search data, allowing a team of epidemiologists to determine where Zika would spread in Latin America, several weeks before public-health officials declared a formal outbreak of the virus. Additionally, Big Data has facilitated research into efficient treatment options for cancer and Ebola. But let’s not forget the environmental impact: Sensors (both in space and on the ground) recording information about everything from water quality to weather are providing enough data to help us understand climate change, with global warming trends at the forefront of analysis.

During the COVID-19 pandemic, it became clear rather quickly how live data collection could serve governments, first responders, and hospitals with vital information about the virus itself and those affected by it as well as provide research to help them more efficiently allocate monetary and medical resources to help deal with the pandemic. Not to mention, contract tracing based on Big Data has also significantly helped mitigate the spread.

Big Data is making smart societies a reality. Institutions like MIT are using Big Data analyses to build “smart cities” that will ultimately help reduce living costs, energy consumption and harmful environmental emissions, and generally improve quality of life. Los Angeles is replacing thousands of traffic lights with LEDs, which will create a system informing the city of every light’s status at all times. This will ultimately result in brighter streets, in addition to preventing traffic accidents that arise when traffic lights malfunction. Saudi Arabia is using Big Data for adequate crowd control to prevent stampedes among the millions of Muslim worshippers who embark on an annual pilgrimage to Mecca. This is done by utilizing real-time insights to predict crowd movements and avoid congestion. Big Data is paving the way for more efficient lifestyles; the more we collect, the smarter we become.

Industry benefits greatly from Big Data, which gives companies insight into their customer base. This is especially true for the healthcare industry today, amid COVID-19, where Big Data is providing vital insights into disease prevention efforts. Data allows companies to better understand their clientele and improve upon their services as a result. Take Israeli startup Nexar, which has created an AI-based dashcam app to monitor road safety by detecting accidents and road conditions. Then it sends real-time alerts to other vehicles on its network. The firm’s services, using Big Data, are aimed at helping drivers avoid accidents. Its tech is also for insurance companies to use for collision reconstructions to aid in claim investigations.

Internally, corporate insight and employee productivity and satisfaction can also be improved by analyzing workplace interactions and using the results to optimize work environments. For instance, Bank of America used sensors to track social dynamics in the office, and found that their best workers were ones who took breaks together. This resulted in group break policies, which saw a 23% rise in employee performance.