The robot is shaped like a small fish and 'swims' around picking up microplastics - Success Knocks | The Business Magazine
4364
post-template-default,single,single-post,postid-4364,single-format-standard,bridge-core-2.6.5,qode-news-3.0.2,qode-page-transition-enabled,ajax_fade,page_not_loaded,qode-page-loading-effect-enabled,,qode_grid_1400,footer_responsive_adv,hide_top_bar_on_mobile_header,qode-content-sidebar-responsive,qode-theme-ver-25.0,qode-theme-bridge,qode_header_in_grid,wpb-js-composer js-comp-ver-6.5.0,vc_responsive,elementor-default,elementor-kit-344 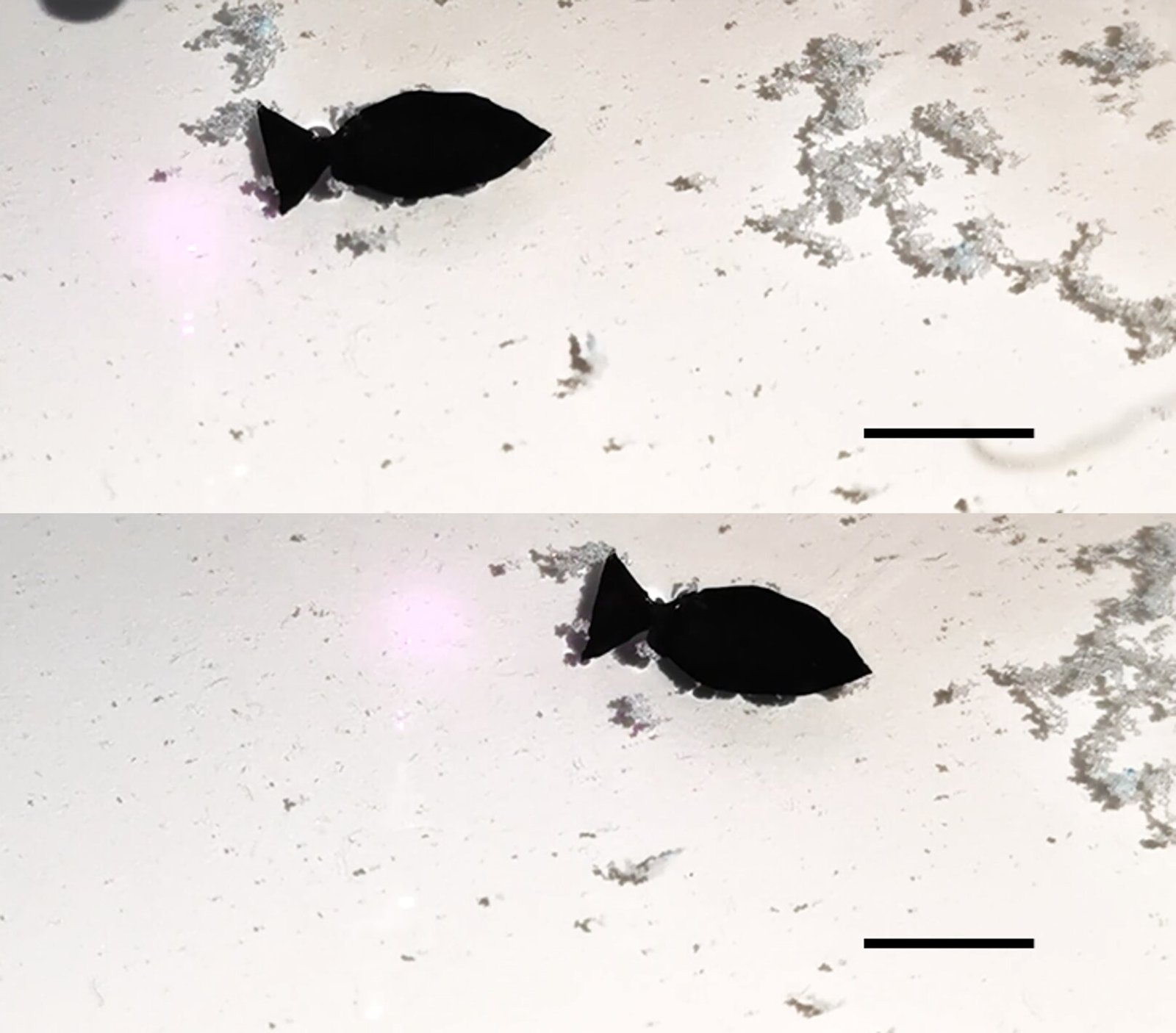 Microplastics are found nearly everywhere on Earth and can be harmful to animals if they’re ingested. But it’s hard to remove such tiny particles from the environment, especially once they settle into nooks and crannies at the bottom of waterways. Now, researchers in ACS’ Nano Letters have created a light-activated fish robot that “swims” around quickly, picking up and removing microplastics from the environment.

Because microplastics can fall into cracks and crevices, they’ve been hard to remove from aquatic environments. One solution that’s been proposed is using small, flexible, and self-propelled robots to reach these pollutants and clean them up. But the traditional materials used for soft robots are hydrogels and elastomers, and they can be damaged easily in aquatic environments. Another material called mother-of-pearl, also known as nacre, is strong and flexible and is found on the inside surface of clam shells. Nacre layers have a microscopic gradient, going from one side with lots of calcium carbonate mineral-polymer composites to the other side with mostly a silk protein filler. Inspired by this natural substance, Xinxing Zhang and colleagues wanted to try a similar type of gradient structure to create a durable and bendable material for soft robots.

The researchers linked β-cyclodextrin molecules to sulfonated graphene, creating composite nanosheets. Then solutions of the nanosheets were incorporated with different concentrations into polyurethane latex mixtures. A layer-by-layer assembly method created an ordered concentration gradient of the nanocomposites through the material from which the team formed a tiny fish robot that was 15 mm (about half an inch) long. Rapidly turning a near-infrared light laser on and off at a fish’s tail caused it to flap, propelling the robot forward. The robot could move 2.67 body lengths per second — a speed that’s faster than previously reported for other soft swimming robots and that is about the same speed as active phytoplankton moving in the water. The researchers showed that the swimming fish robot could repeatedly adsorb nearby polystyrene microplastics and transport them elsewhere. The material could also heal itself after being cut, still maintaining its ability to adsorb microplastics. Because of the durability and speed of the fish robot, the researchers say that it could be used for monitoring microplastics and other pollutants in harsh aquatic environments.