The Russian-Ukrainian War and Crypto: What Investors Should Know -
4457
post-template-default,single,single-post,postid-4457,single-format-standard,bridge-core-2.6.5,qode-news-3.0.2,qode-page-transition-enabled,ajax_fade,page_not_loaded,qode-page-loading-effect-enabled,,qode_grid_1400,footer_responsive_adv,hide_top_bar_on_mobile_header,qode-content-sidebar-responsive,qode-theme-ver-25.0,qode-theme-bridge,qode_header_in_grid,wpb-js-composer js-comp-ver-6.5.0,vc_responsive,elementor-default,elementor-kit-344

The Russian-Ukrainian War and Crypto: What Investors Should Know 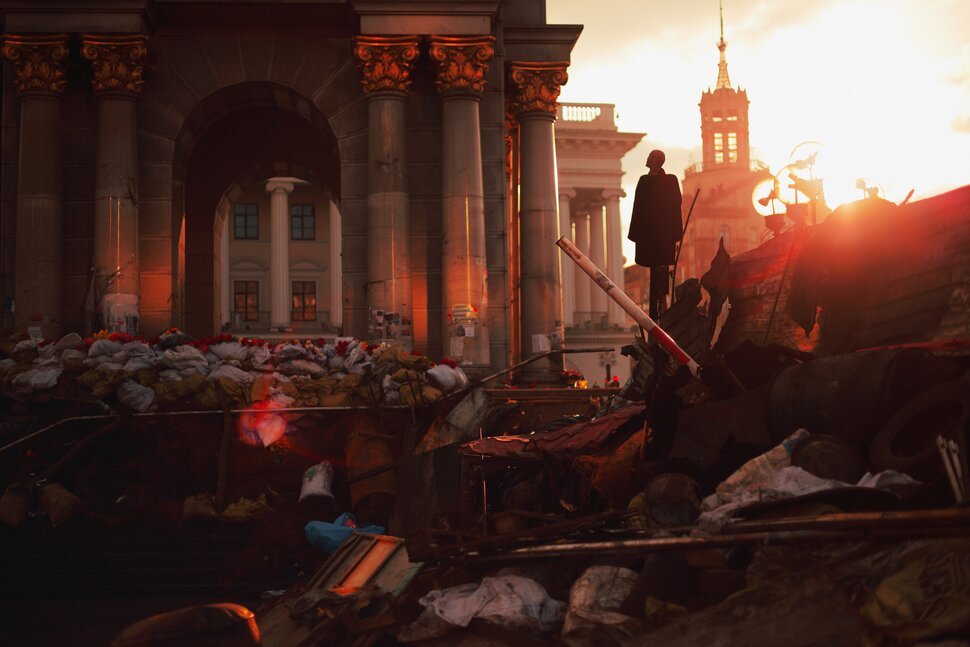 The Russian-Ukrainian War and Crypto: What Investors Should Know

Cryptocurrency has been thrust into the spotlight during the Russian invasion of Ukraine. Cryptocurrencies such as Bitcoin (BTC) and Ether (ETH) have been playing an unprecedented role in the war effort in both countries.

As millions of Ukrainians flee their homes and even their country, they face a cap on cash withdrawals from banks, leaving cryptocurrency as a refuge for getting fast access to money. Meanwhile, global sanctions have compelled Russia to consider accepting cryptocurrency in exchange for energy exports.

The decentralized crypto ecosystem has given both countries a flexible alternative for survival while allowing people around the world to stay financially connected in times of crisis. These forces have further accelerated the adoption of crypto.

Crypto’s Role in the Russia-Ukraine War

Looking for a way to provide fast help to Ukraine in response to the invasion, people from all over the world have been sending donations in the form of Bitcoin and Ether, the native token of the Ethereum blockchain, to the Ukrainian army and for humanitarian relief. The Ukrainian government has raised more than $60 million through crypto donations of Bitcoin, Ether, and the stable coin Tether (USDT). Crypto has proven to be a fast and effective way for the Ukrainian people to get immediate funding for supplies.

At the height of the war, Ukraine passed a law to create a legal framework for cryptocurrency, allowing crypto exchanges to operate in the country and banks to open accounts for crypto firms. Ukraine’s Ministry of Finance will also amend tax and civil codes to incorporate virtual assets. This marks a huge step forward for digital assets in terms of how they are viewed in Ukraine and around the world.

Since the start of the invasion, Russian companies have been sanctioned by the U.S., U.K., and European Union, with bans on exported goods and targeted restrictions on wealthy business leaders. The U.S. has banned imports of Russian oil, liquefied natural gas, and coal, and the U.K. is taking gradual steps to phase out Russian oil imports by the end of the year.

The economic sanctions against Russia resulted in a depreciated ruble and a crippled Russian stock market. In response, Russia’s central bank increased its interest rate to 20% to support its currency. But as its economy is cut out of the global financial system, Russia’s gross domestic product could decline as much as 15% this year, and the country will fall into a very deep recession, according to the Institute of International Finance.

News reports have indicated that Russia is looking for flexible ways to receive payments for energy exports and may be turning to cryptocurrency for oil and gas transactions.

Individuals are already able to make transactions in cryptocurrency, however. “You don’t need a government to receive and send Bitcoin,” says Joe Burnett, mining analyst at Blockware Solutions in Atlanta. Citizens of both Ukraine and Russia can allocate to and from Bitcoin stashes without interference, he says.

As the Russia-Ukraine conflict intensified, millions of Ukrainians rushed to ATMs to withdraw cash and leave their homeland for neighboring countries. In response, Ukraine President Volodymyr Zelenskyy imposed martial law, limiting cash withdrawals in local currency as well as via foreign exchange. That left some Ukrainians without access to their money because of long lines and the urgency of evacuating the area.

Crypto allows people to send funds immediately to friends or family who need help, says Tony Perkins, founder of Elephant Money, a decentralized financial payment network using blockchain technology. So some Ukrainian refugees have carried digital assets on a USB drive for quick transactions to help them reach their destination. In these scenarios, crypto has been a godsend because of its borderless payment abilities.

A similar scenario developed in Russia, where huge lines also formed at ATMs amid speculation that Russian banks would shut down. Russian banks have been banned from SWIFT, a global payments system, preventing the country from easily trading money around the world.

Although Russia may seek to use crypto as a way to evade sanctions, experts say crypto’s role in the war has largely been seen as a positive. “The Russia-Ukraine war has clearly highlighted Bitcoin’s censorship-resistant properties. For both countries, good or bad, capital can be moved and allocated to and from Bitcoin without any government, bank or world power being able to intervene,” Burnett says.

According to Perkins, the situation also “illustrates that sovereign governments should hold a portion of their reserves in crypto for national security.”

How Cyberattacks Affect the Crypto Market

With the rise of cryptocurrencies, hackers have stepped up efforts to execute cyberattacks on crypto companies. Despite blockchain technology’s reputation for security, digital assets are still susceptible to cyberattacks and their owners vulnerable to theft. As the cryptocurrency market grows and decentralized finance brings more users into the space, crypto is ripe for cyber hacks.

“Cyberattacks are not good for any market. Because so much money is flowing into the crypto asset class and we are in its infant stages, many cyber attackers will target the low-hanging fruit,” Perkins says.

The Ukraine war has injected an extra element of danger. As the conflict has dragged on, the U.S. government has reached out to crypto companies to urge them to safeguard against potential cyberattacks from Russia in retaliation for U.S. sanctions.

There is a silver lining to each cyberattack, though. With every breach, crypto companies are finding solutions to improve their networks and prevent the same hacks from happening again.

“Every time a cyberattack occurs, the crypto asset class gets stronger,” Perkins says. “Sometimes a white-hat hacker will identify risks, and other times malicious actors will exploit a project, but every time an attack occurs, we developers learn from the mistakes made.”

Crypto investors can protect their digital assets by holding them in “cold storage,” or offline. This means holding digital assets on a USB drive, for example. Spreading your digital assets across multiple digital wallets also improves the odds that, in the event of a cyber attack, hackers won’t be able to access your entire crypto portfolio.