Ukraine’s Future According to Volodymyr Zelensky 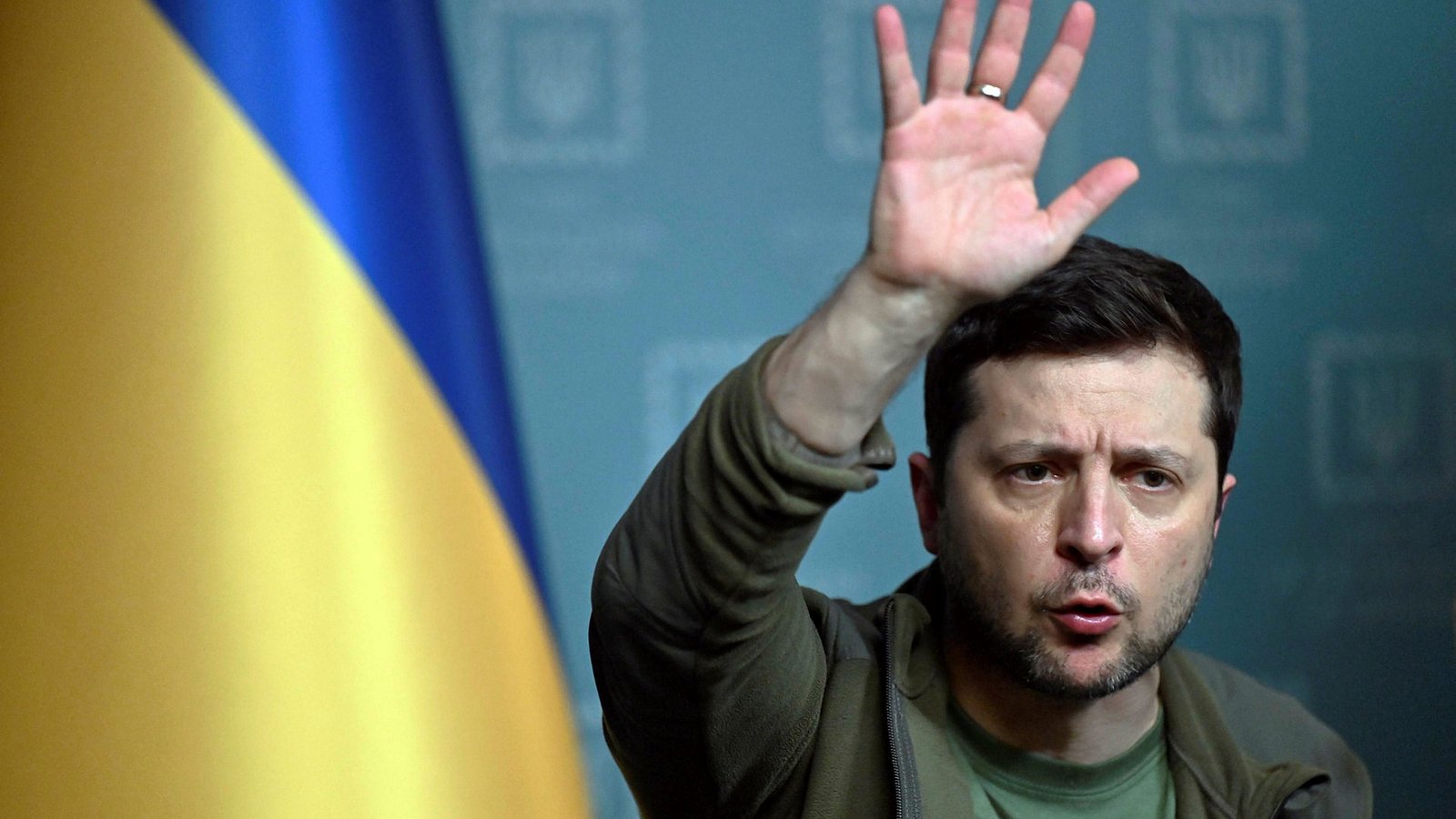 Ukraine’s Future According to Volodymyr Zelensky

EEVER SINCE RUSSIAN forces started their all-out invasion in February, Ukraine has been hailed as an exemplar of how to defend against violent tyranny on the 21st-century battlefield. The country spun up an “IT Army” of volunteer hackers to take down Russian websites, used the Starlink satellite internet system to maintain communications as its own infrastructure was being destroyed, and launched a social media blitzkrieg to win support from around the world.

By contrast, Russia’s leaders, despite having a far more powerful traditional army, have been stuck in the obsolete strategic thinking of the previous century. They were seemingly unprepared for the powerful, precise, Turkish-made Bayraktar TB2 drones that Ukraine has used to decimate Russian tanks and ships. Russian cybersecurity systems were frail too: Hackers who had signed up for the IT Army told me how they were continually launching distributed denial of service attacks against Russian websites, as well as posting pro-Ukrainian propaganda and news on sites Russia had not yet censored. These hackers weren’t master cyber warriors with black ops training, but teenagers and twentysomethings in bedrooms and living rooms around the world. With Google searches and WikiHow articles, they learned the art of basic hacking in a few days. With a few weeks of practice, they said, they were able to punch through Russia’s weak defenses and its vast cloak of wartime censorship.

So when I arrived in Ukraine in March, I wanted to understand how technology was reshaping war. I spoke to soldiers about how the use of drones had upended the balance of power with Russia. I talked to hackers about their successes and failures. And as the conflict wore on, I began to hear from Ukrainians about how their experience of the war has morphed from an intense and enthusiastic defense of the nation into long stretches of eerie silence, punctuated by moments of joy, fear, or panic with each new announcement of a Ukrainian or Russian advance.

Finally, in mid-May, I met Volodymyr Zelensky at the presidential palace in Kyiv. The comedian-turned-president who has captivated global attention and successfully guilted world leaders into rallying behind his country did not look like the confident, charismatic person we’re used to seeing on TV and social media. He appeared exhausted and haggard, his hands jittery and his eyes sunken. He seemed deeply anxious and uncertain. And yet, as he answered my questions about the state of the war, the world’s reaction to it, and the role technology had played in helping Ukraine resist the Russian military machine, his answers became lyrical, interspersed with a spontaneous smile or a tartly comic retort—a Zelensky trademark.

In this wide-ranging interview, which has been condensed and lightly edited for clarity, Zelensky called on Big Tech to do more to pull out of Russia, praised Elon Musk’s Starlink, and explained why modern leaders have to appeal to the distracting social media generation. “We just live in another time, no longer the time of postmen,” he said.

But he acknowledged that the war has taken its toll on Ukrainians and is deeply personal to him. So I asked: Did he have any regrets? Would he have done anything differently? He answered, flatly: “I think this question should be asked of the Russian president.”

Zelensky: We are all in a social network. It is no longer about whether it is good or not; most of our lives are already online. People study online, get information; people read, and people use it. This is our world now. It is divided. The internet is a reality. It is not another world, but rather a modern reality. So if you want people to perceive you as you are, you must use what people use.

Unfortunately, sometimes young people won’t digest long pieces of information. They want to scroll through and get newer and newer information. Such fast consumption leads to the fact that you need to give people 10, 20, or 30 seconds of video so that they do not lose interest.

But each generation is still smarter than the past one. The future is still wider than the past, and if you try to relate to people, you will find a common language. Sometimes your long answers, long questions, and long programs will also have a lot of support, and people will get used to it. People won’t stay with something uninteresting. People won’t abide by something deceitful; people won’t abide by dictators. If you talk to them honestly, truthfully, and openly, then you will connect with people.

Sanctions are in effect now, so many Russian military factories are not working at the moment. They will not be able to build some equipment because of these sanctions. We are very happy with that.

Unfortunately, there are many other companies still operating there. When we have recovered Russian weapons during or after battles, we’ve found that many shells and parts of weapons were made by Western companies. So, in fact, we are fighting not only against Russia but against all those companies as well. We have appealed to those countries to stop such cooperation.