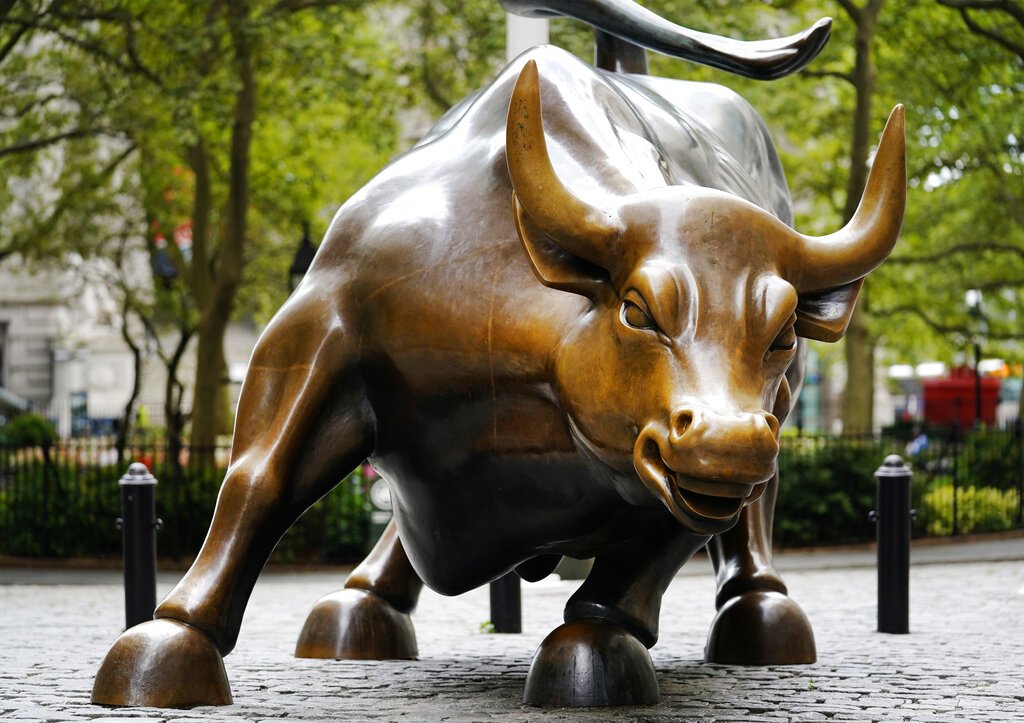 Wall Street shares shook off a groggy start and early losses as Apple Inc, Microsoft Corp, and Amazon.com Inc jumped. Shares of bank stocks including Bank of America Corp, JPMorgan Chase & Co, and Wells Fargo added over 1% each ahead of a U.S. inflation reading due this week.

“Earnings season has been top of mind for market participants for the past few weeks. Results have been, on balance, better than estimates,” Art Hogan, chief market strategist at National Securities in New York, said in a note.

“As we wrap up the earnings season this week, investors focus will likely shift from the micro corporate earnings to the macro like the Federal Reserve, particularly pertaining to the pace of interest-rate rises and how to manage the balance sheet,” Hogan added, pointing to expectations for as many as five Fed rate hikes.

The euro weakened for a second straight day, pressured by comments on Monday from ECB President Christine Lagarde that there was currently no need for major tightening.

Currency and bond market traders are focused on which central banks will hike interest rates fastest and furthest this year following the rapid rise in global inflation.

The benchmark 10-year U.S. Treasury yield hit its highest since November 2019 on Tuesday, ahead of key inflation reading this week and expectations that the Fed will start tightening.

“Central banks globally have all engaged in a hawkish pivot,” said BlueBay Asset Management’s David Riley. “As their tolerance for higher inflation persistently is less than previously signaled, we are shifting to a regime where there will be more macro volatility.”

Graphic: Central bank balance sheets about to get a touch smaller- 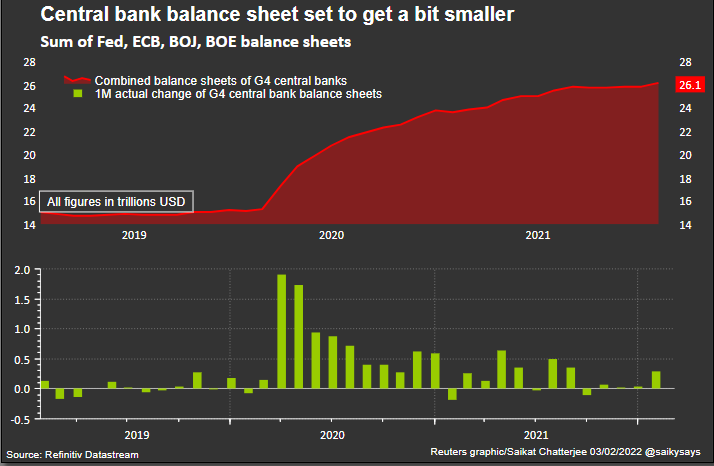 Facebook owner Meta was down after billionaire investor Peter Thiel decided to step down from the company’s board, extending its slide following Thursday’s record plunge.

Pfizer fell 2.7%, clawing back the day’s steepest losses seen as the drugmaker’s forecasts for its COVID-19 vaccine and antiviral pills fell short of Wall Street estimates.

Russia’s rouble reached a four-week high after marathon talks between President Vladimir Putin and his French counterpart Emmanuel Macron kept up hopes that war in Ukraine will be avoided.

Oil prices tumbled as investors surmised the resumption of indirect talks between the United States and Iran could revive an international nuclear agreement and allow more oil exports from the OPEC producer.

A deal could return more than 1 million barrels per day (BPD) of Iranian oil to the market, boosting global supply by about 1%. The nuclear talks resumed in Vienna on Tuesday.[O/R]

Gold prices advanced to a near two-week high on Tuesday, buoyed by mounting inflation concerns and Russia-Ukraine tensions, although expectations for a U.S. interest rate hike limited gains.