What is an IoT ecosystem? - Success Knocks | The Business Magazine
IOT
1602
post-template-default,single,single-post,postid-1602,single-format-standard,bridge-core-2.6.5,qode-news-3.0.2,qode-page-transition-enabled,ajax_fade,page_not_loaded,qode-page-loading-effect-enabled,,qode_grid_1400,footer_responsive_adv,hide_top_bar_on_mobile_header,qode-content-sidebar-responsive,qode-theme-ver-25.0,qode-theme-bridge,qode_header_in_grid,wpb-js-composer js-comp-ver-6.5.0,vc_responsive,elementor-default,elementor-kit-344

What is an IoT ecosystem? 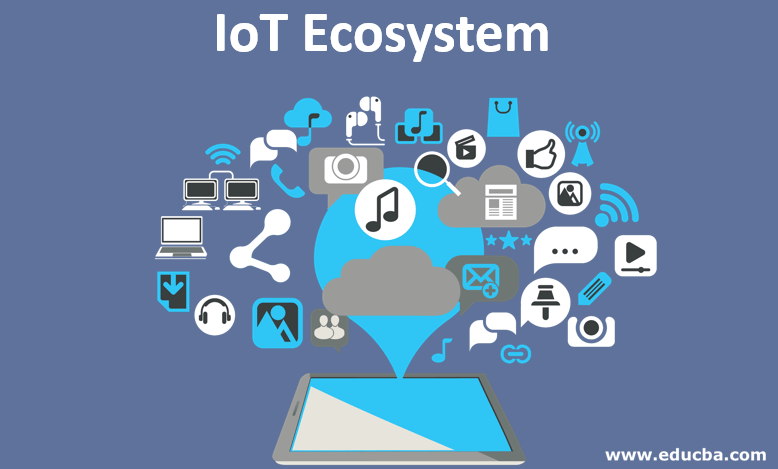 What is an IoT ecosystem?

by Rodrigo Ferdinand
A

n IoT ecosystem is typically made of a combination of systems, software solutions and smart devices. In an IoT ecosystem, all elements need to integrate seamlessly in order to function properly, perform the desired tasks and provide value to users.

Often, multiple companies will work together to create an IoT ecosystem. When each vendor contributes specialized IoT devices and expertise, the result is a robust IoT solution and an optimized smart building experience for occupants.

What are the components of an IoT ecosystem?
At its simplest, an IoT ecosystem requires a remote and smart device. The remote, typically a phone or tablet, sends commands for the device to execute. In return, the device sends information back to the remote, which analyzes the data. Many IoT ecosystems are much more robust – the “remote” controls dozens of systems which rely on multiple sensors and power everything from lights to security equipment and more.

Complex IoT ecosystems may include one or more of each of the following elements.

Smart Devices and Sensors
These are the most visible elements of an IoT ecosystem. Igor’s PoE enabled IoT platform can integrate with a variety of products, including sensors, LED lights, security devices, smart thermostats, UV disinfection lighting and more. Even non-PoE devices work with Igor’s agile IoT ecosystem.

Node
The Igor Node is responsible for discovering devices connected to the IoT ecosystem and assigning an IP address so each device can be fully integrated and controllable using the software application. The Igor Node works with devices from any manufacturer and can accommodate non-PoE fixtures.

Software
Igor’s IoT software application is where users interact with and control all devices and sensors. Users can also use Igor’s IoT ecosystem software to set up programs and protocols, connecting devices according to predefined plans.

How does an IoT system work? 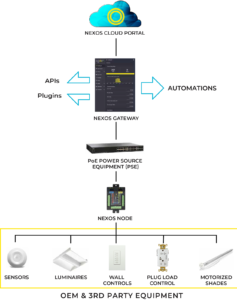 In an IoT ecosystem, all of the components are fully integrated and interconnected. All devices, nodes and software elements in the ecosystem communicate with each other, transmitting data and information in real time.

In Igor’s PoE-enabled IoT ecosystem, data streams back and forth from software interface to smart devices via Ethernet cable. Because Ethernet cables can carry data and electricity, Igor’s IoT platform is more streamlined and more energy efficient than other IoT solutions.