With New World and Final Fantasy XIV, MMOs are back 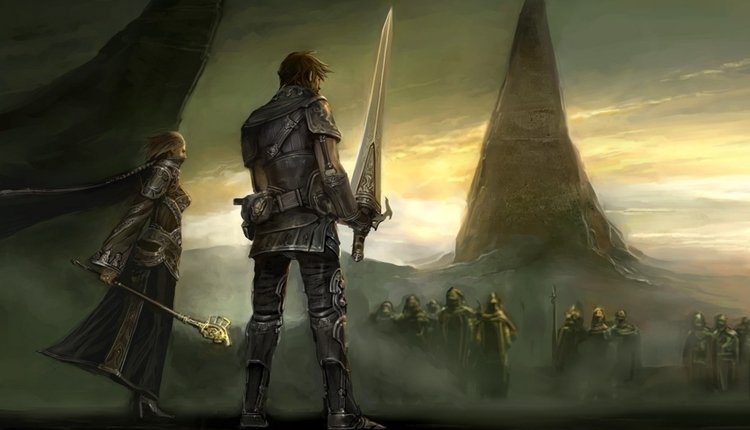 With New World and Final Fantasy XIV, MMOs are back

Amazon Games’ New World launches today. Not only is it the first video game from the tech giant, it’s one of the most high profile entries into the massively multiplayer online RPG genre in a long time. The last time a brand new MMORPG had this kind of anticipation? Star Wars: The Old Republic in 2011.

For most of the 2010s, the MMORPG space was dormant, but in the last year or so, things have changed.

With a ridiculous 1 million people already having played as part of extended beta testing, New World is part of that change. But the rapidly growing Final Fantasy XIV, alongside its upcoming expansion Endwalker is also playing its part.

MMOs are back in a big way. Why? This return to prominence could be attributed to — strangely enough — the game that caused the genre to become stagnant in the first place. The big dog of the MMO genre: World of Warcraft.

The ’00s were the heyday for MMORPGs but the release of World of Warcraft in 2004 marked the beginning of the end of that golden age. Blizzard’s MMORPG sucked the oxygen out of the room, reaching a height of 12 million subscribers in 2010 and essentially eliminated all competition.

WoW reigned supreme for the rest of the 2010s with other MMORPGs laid by the wayside. Competitors like Everquest 2, Lords of the Rings Online and Star Wars: The Old Republic either folded completely or went free-to-play to cope with a reduced player base. In the meantime, WoW’s subscriber base also began to dwindle.

The release of World of Warcraft Classic in August 2019 helped halt the subscriber bleed. Millions of players returned to experience “vanilla WoW” in all its glory. But even that excitement was temporary. Subscribers to Classic slowly began to dwindle, even after the recent addition of the game’s first expansion, The Burning Crusade.

One person who’s watched the decline of WoW and MMOs in real-time is Asmongold, a longtime World of Warcraft streamer. He has a Twitch following of over 2.3 million.

“The downfall of MMOs in the past 10 years has been completely self-inflicted by the developers,” Asmongold said. “I think that the reality is people have always been wanting to play an MMO, it’s just that, a lot of the MMOs recently have been bad, and people haven’t really wanted to play them.”

Amongold’s waning interest in WoW led him to jump onto another MMORPG: Final Fantasy XIV.

FF14 initially came out in 2010 but received harsh criticism over its lacklustre controls and presentation. The response was so bad that developer Square Enix scrapped the game and rebooted it as Final Fantasy XIV: A Realm Reborn in 2013.

Since 2013, FF14 has steadily increased its number of players, reaching 22 million registered players in August. Incredibly, the game even sold out of digital copies. Asmongold’s switch to FF14 in July contributed to that success with his first stream of the game having an audience of more than 210,000 viewers on Twitch.

“His 75 hours of streaming in July generated a massive 7.2 million hours of watch time,” said Doron Nir, co-founder of creator tools and services provider StreamElements. “Asmongold illustrates the amazing capability of top creators to change the rankings of top watched games and the importance of including such creator relationships in a game publisher’s marketing strategy.”

So are MMORPGs back? Yes, but not like it was in the ’00s when multiple games were released every year.

The excitement over New Worlds and the rise of FF14 show that there’s a hunger for more MMORPGs games. Gamers still want to lose themselves in these connected worlds, working with fellow players, forming long-lasting bonds in the search for quests and loot.

It’s up to developers to feed this hunger and give gamers what they want. If they fail to do so, we’ll see the MMORPG genre fade away once again.