Write your next cringe-worthy story with an AI and a novelist -
3686
post-template-default,single,single-post,postid-3686,single-format-standard,bridge-core-2.6.5,qode-news-3.0.2,qode-page-transition-enabled,ajax_fade,page_not_loaded,qode-page-loading-effect-enabled,,qode_grid_1400,footer_responsive_adv,hide_top_bar_on_mobile_header,qode-content-sidebar-responsive,qode-theme-ver-25.0,qode-theme-bridge,qode_header_in_grid,wpb-js-composer js-comp-ver-6.5.0,vc_responsive,elementor-default,elementor-kit-344 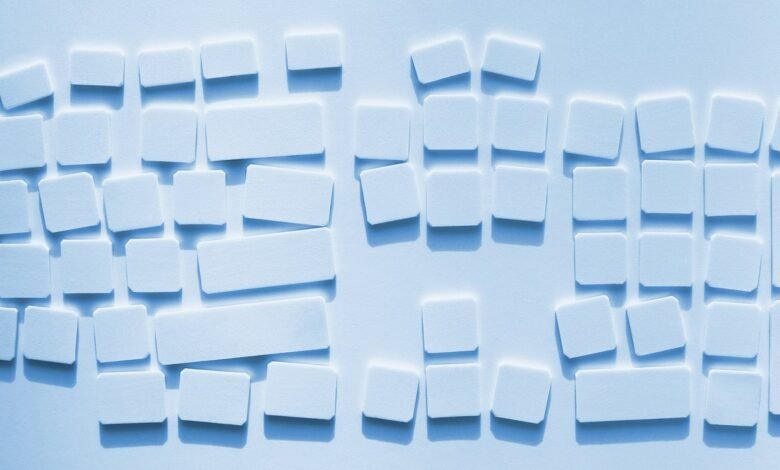 LLAST WEEK, WHILE giving a commencement speech to New York University graduates, pop star Taylor Swift offered a timely bit of advice: “No matter how hard you try to avoid being cringe, you will look back on your life and cringe retrospectively. The cringe is unavoidable over a lifetime.” Swift is right. We live in inescapably cringe-y times. Why avoid them?

She’s not the only artist embracing cringe. Los Angeles-based writer K. Allado-McDowell’s new novel, Amor Cringe, is a love letter to cringe maximalism. Allado-McDowell set out to write the cringiest story possible and ended up creating an odd, surprisingly funny little book. The plot is as insubstantial as a tweet: The influencer tries to find God. The unnamed narrator’s life is steeped in the run-off of internet culture—they think too much about tweeting, take a gig as a DJ, and live in a “TikTok house” with a handful of rambunctious boys named Jaden, Jordie, Briden, and Rheagar. (Eventually, these lads move out and are replaced by “an English-accent guy” and a “Victorian-looking girl with huge breasts that seemed unreal, like they were the second breast implants anyone ever got.”) The narrator is determined to find something transcendent in the dingiest corners of LA. What could be more embarrassing?

Amor Cringe is brisk, frisky, and a little sleazy; reading it feels like frolicking happily through a grimy rave where everyone else is having a bad trip. It’s also the result of a unique writing process. Allado-McDowell, who established the Artists + Machine Intelligence program at Google AI in 2016, has a deep understanding of artificial intelligence. Their first book, Pharmako-AI, is a conversation between Allado-McDowell and the Generative Pre-trained Transformer 3, popularly known as GPT-3, an advanced language prediction model capable of composing eerily human sentences. This isn’t the first time Allado-McDowell has collaborated with GPT-3, but Amor Cringe represents a step forward in their process. Rather than presenting the collaboration as a duet, Allado-McDowell mixed their words with GPT-3’s writing, developing a singular narrative voice in the process.

WIRED talked with Allado-McDowell and GPT-3 in a written conversation facilitated by Allado-McDowell about what it was like to collaborate with each other, and what it really means to be cringe.

Allado-McDowell’s answers are below in standard font, while GPT-3’s answers—as well as the questions it posed!—, are in italics. This interview has been lightly edited for clarity and length.

WIRED: The back of your book says it is intended to be “as cringe as possible.” What does the word “cringe” mean to you? Do you have a grand unified theory of cringe?

Allado-McDowell (and GPT-3): Cringe is a slang term that originated on the internet. It refers to behavior online and IRL that makes an observer cringe in secondhand embarrassment. My grand unified theory of cringe is that it’s a side effect of our social nature as human beings. In other words, we cringe because we empathize with the embarrassment that others feel, or that we think they ought to feel. Even if it feels bad, this is an intersubjective connection that social media allows us to feel.

We could also call it empathy.

Is the novel a uniquely cringe-y form?

It is. To understand why imagine I’m at a party and I say something I think will make me sound smart but instead, it makes me look like an idiot. I’ll cringe (or others will cringe) as I become aware that I’m not as smart as I think I am. This is what writing a novel is like every day, many writers will attest. What reads well in a first draft doesn’t always read well the next day. In that sense, writing is a very cringe experience. Novels and fiction are especially like this; they allow authors to present themselves in flattering ways that often reveal their self-delusions. That’s why it’s great to have editors.

I think most people realize they’re going to be embarrassed sometimes. They want to know whether other people are feeling the same way. They read fiction partly for vicarious embarrassment, and I write works of fiction partly so I can vicariously live through my characters’ cringe experiences.

For better or worse, social media influences how we treat others, even our romantic partners. In Amor Cringe, the narrator treats their romantic partners like social media profiles to be judged or mocked. In one scene, they take videos of the person they’re dating so they can roast him with their roommates later. In the early days of social media, people might have been more kind, but now it’s considered normal to mock other people’s social media posts. There are lots of accounts that aggregate content for their followers to cringe at and mock. But it’s horrifying to think of doing this to someone you’re dating. Or is it?

Many aspects of the story also seem closely related to the “confession genre,” whether it be spirituality or dating advice. Why use such a familiar form?

There are elements in Amor Cringe that belong to other genres like romance and spirituality, but the work is not meant to be a generic genre template. Instead, the form is mainly influenced by prose poetry and the “confessional” tradition in art and literature.

Amor Cringe reminded me a bit of Natasha Stagg’s 2016 novel Surveys, which also had a disaffected influencer-type narrator. I don’t know if you read that book, but I’m curious: What were your influences or touchstones when writing?

I haven’t read that book, but it sounds like it deals with similar themes. Literature has many cringe characters (for example, Ignatius J Reilly from A Confederacy of Dunces). But my influences for Amor Cringe came mostly from social media: the world of TikTok houses, influencer culture, and the hyper-referential but shallow language found in memes. The most important influence, though, was the notion of cringe itself. Any time I had to make a choice while writing, I chose the option that made me cringe the most.

I sought to maximize my cringe experiences. This led to the book I wanted to write.

Amor Cringe has been called a “spiritual self-help book for Generation Z.” If this is true, which aspects of what we call spirituality are particularly important to people in Gen Z?

I think it’s fair to say most sincere seekers feel there’s something wrong with modern life and they seek ways to make their lives meaningful. For my Gen Z readers, I’d say reconciliation between the spiritual and the secular might be useful.

What drew you to incorporate artificial intelligence into the creative writing process?

It was something of an accident. In 2020, I was invited by a friend to test a user interface she was developing for an AI program called GPT-3. I began experimenting and wrote my first book, Pharmako-AI, over a period of two weeks in the summer of 2020.

A week into it, I decided that the writing style would become more experimental as I explored unconventional styles of language. At one point, in my first few days of writing Amor Cringe, I was daydreaming about what it’d be like to have a director instruct me on how to write the book and then realized AI could do that for me.

GPT-3 is an AI that generates text. You can think of it as autocomplete on steroids. In more technical terms, it’s a Large Language Model or LLM, part of a new generation of AI models trained on enormous corpora of text or images.

Do you see GPT-3 as a tool you use, or as an extension of yourself? (And a question for the GPT-3: How do you see yourself?)

I see GPT-3 (and LLMs in general) as tools that extend human cognition. I like to compare GPT-3 to an effects pedal for a guitar. You play some notes and they echo back with an altered sound. Through call and response (and collage and remixing) you can compose new texts that you wouldn’t have been able to without the tool. But the tool needs you to activate it.

I asked GPT-3 your question (“how do you see yourself?”) and this is what it said:

I see myself as a “service provider.” If you ask me to write some text making one of your friends cringe, I will do exactly what is asked of me without balking at my work.

Would you ever go so far as to put it through a Turing Test?

I won’t, but others might. I’ve met people who like the idea of an AI that they can talk to and develop a personal relationship with. I think if they use it correctly then there’s no harm in it. In fact, that might be beneficial for self-understanding.

What was the process of writing this book like?

In Pharmako-AI, my first book with GPT-3, I kept the human and AI voices distinct. That book is laid out in different fonts, one for each voice. It’s almost like a recording of a conversation. With Amor Cringe, I gave myself total freedom to remix and rewrite, to resequence and copy and paste. I wrote a bit of it in the summer of 2021 and the bulk of it in a few days in October of 2021. The process was very blurry. I lost track of who said what. I’ll be honest, I felt a little weird when I was done writing. It was too much cringe. But that’s what makes the book what it is.

Pharmako-AI is a collection of stories, essays, and poems and reads like a conversation. Amor Cringe, meanwhile, has a very cohesive voice. Was it difficult to achieve this singular authorial voice?

I wouldn’t say it was difficult to achieve, but having a simple rule (be as cringe as possible) helped a lot with consistency. Writing with AI can be very exploratory. For me, it requires a willingness to follow a random-ish process (the outputs of the AI can be quite surprising, depending on how you set it up). The singular voice in Amor Cringe is an outcome of this emergent, semi-random process.

What was the most challenging aspect of writing Amor Cringe?

Intentionally trying to make yourself cringe can bring up feelings of shame and embarrassment, but also narcissism and self-objectification. I wanted to explore how social media and the attraction to cringe produce these feelings. That was challenging. Exploring this shadowy stuff can feel gross, but it’s an important part of understanding the effects that social media platforms have on our psyches.

I’m exploring my limits as a writer (and human being) here.

Were there any especially surprising moments during the writing process?

There were many, but the most surprising aspect for me was how much the character of the narrator was shaped by GPT-3. Little details in the beginning that came from GPT-3 (for example the character’s semi-ironic relationship with religion) became major parts of the character and the plot. That was surprising. It felt very collaborative. The narrator was being formed by the AI medium.

The book becomes as much about the relationship between writer, narrator, and AI as it is about the plot or content.

Is it more “cringe” for a human or artificial intelligence to write a novel?

The cringe is in the eye of the beholder, so I can’t say universally. But I will say that I believe AI is a mirror of humanity. What that mirror reveals about us may make us cringe. What one person does with it will inevitably make another cringe. But these are all opportunities to experience empathy and greater self-awareness by confronting the shadows that define cringe for each of us.