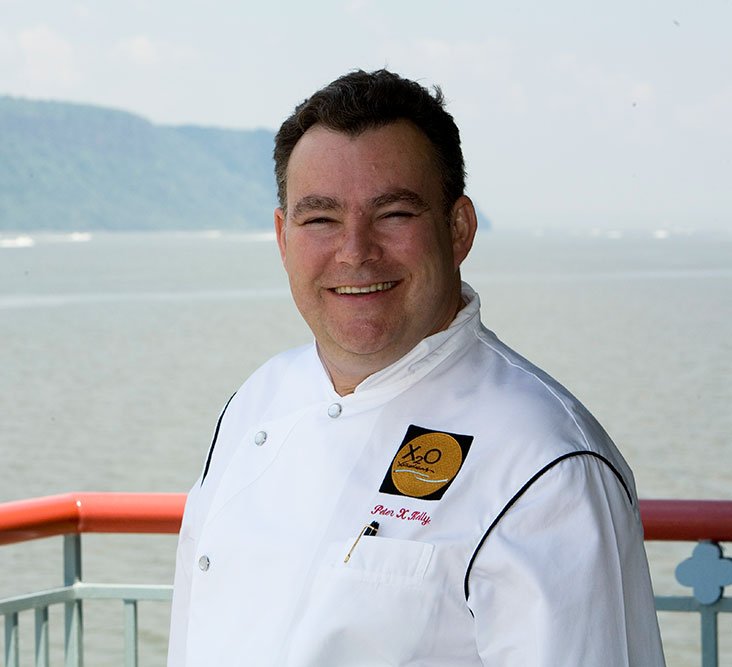 Peter X. Kelly is a self-taught chef. He didn’t go to culinary school, but his restaurants and catering business bring in around $10 million in sales a year. He beat Bobby Flay in 2006 and rose to become an Iron Chef (no small feat, as any Food Network fan can tell you). He became the chef of the Highlands Country Club in Garrison, NY at 23 years old. When asked if he was nervous to be so young in such a position, he said he knew he could pick up and try something else if he failed.

He didn’t fail. Quite the opposite, actually. He went on to open Xaviars at Piermont and the Freelance Cafe & Wine Bar (both sold in 2016), as well as X2O Xaviars on Hudson in Yonkers and Restaurant X & Bully Boy Bar in Congers. Restaurants are risky, as anyone who wants to open one will hear over and over again. But in Kelly’s case, the risk paid off. Kelly is also a vintner (a wine merchant) and the founder and culinary director of Impromptu Gourmet, which delivers chef-inspired foods made with real, fresh ingredients to your door.

Entering the workforce can be challenging in any field, but especially one as competitive as the culinary world. Even if you don’t have the formal training, you can make up for it with passion and hard work—just like Kelly did. This approach doesn’t work for all fields, but it’s also not an uncommon story. If you’re willing to put in the work and learn by doing, you might be able to make it big.