A Journey of Entrepreneurship and Adding Balance to One's Life : SRS -
2918
post-template-default,single,single-post,postid-2918,single-format-standard,bridge-core-2.6.5,qode-news-3.0.2,qode-page-transition-enabled,ajax_fade,page_not_loaded,qode-page-loading-effect-enabled,,qode_grid_1400,footer_responsive_adv,hide_top_bar_on_mobile_header,qode-content-sidebar-responsive,qode-theme-ver-25.0,qode-theme-bridge,qode_header_in_grid,wpb-js-composer js-comp-ver-6.5.0,vc_responsive,elementor-default,elementor-kit-344

A Journey of Entrepreneurship and Adding Balance to One’s Life : SRS 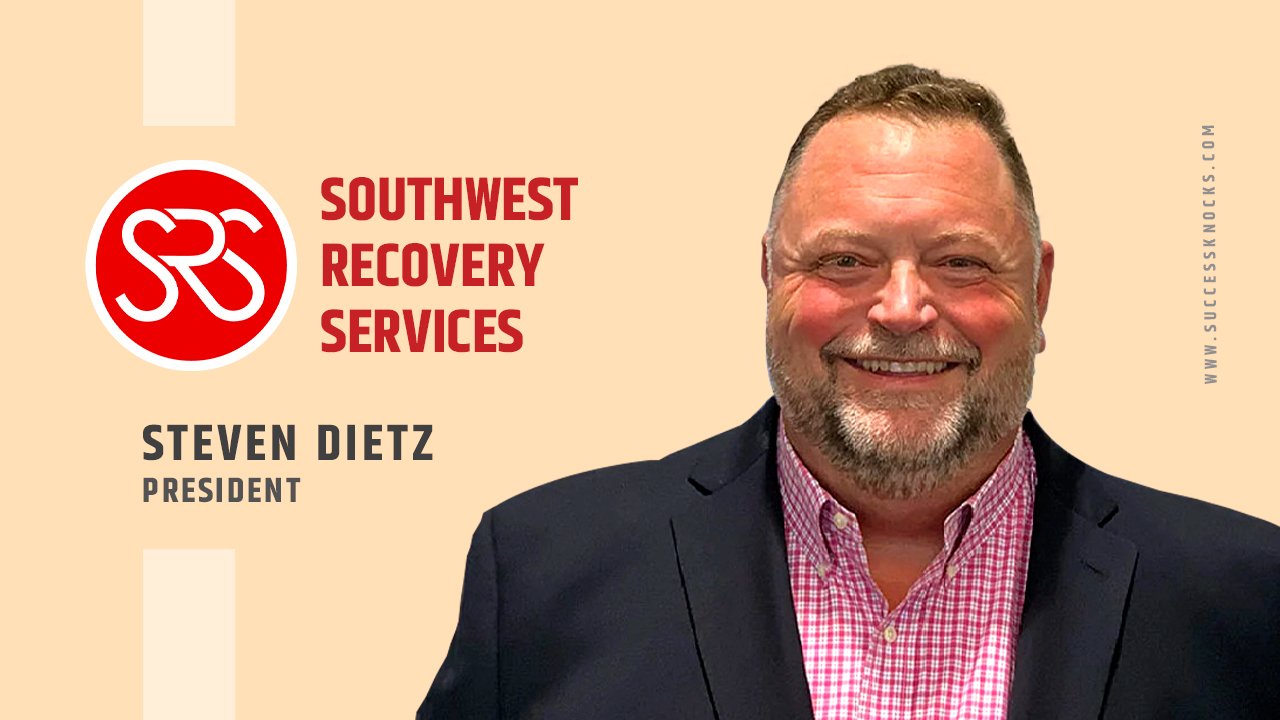 A Journey of Entrepreneurship and Adding Balance to One’s Life : SRS

AAs a young man, Steve Dietz began working as a collection manager and credit analyst for a furniture store then ended up getting bought out by Aaron Rents.  He then began to focus on just collections since Aaron’s motto was:  If you can walk in here, you can rent from Aaron’s.

Since Steve was now in a straight collections type of role he got bored, so he started working on collecting bad debts for the store which got the attention of the owners of Aaron Rents who were concerned that something was wrong because this store was doing better than all the other ones in the country.  They thought somebody was cooking the books, so they came in and started asking questions.  They did not think it was possible to be booking this much money up and above the historic.  They even brought in an auditor, and they found that legitimately we were collecting bad debt and that was really a key to the store’s success.

At the time, Steve was only 20 years old, but he was given an opportunity to fly around the country for Aaron’s Rents to the different stores and train the existing collections staff on what he was doing.  As Steve married and started his family, traveling around the country did not seem quite as glamorous any longer.  Then Aaron Rents gave him the opportunity to continue on as a consultant and ultimately that turned into an opportunity for him to start his collection business because they gave 119 of their stores to do outside collections for and Steve was able to create Southwest Recovery Services.

Southwest Recovery Services is a professional collections agency service. They work with all kinds of businesses to help them collect the money they are owed by their customers.  Southwest has several locations in Texas, including Dallas, Houston, San Antonio, and Houston.  They also have an office in Oklahoma City as well as St. Louis.

What do you love most about the industry you are in?

What I love most about the collections industry is the challenge to overcome objections.  I don’t think everybody feels this way, but for me, it’s the acknowledgment of winning the battle.  It’s changing direction.  It’s overcoming objections.  It’s winning the conversation.  It’s taking somebody that’s adversarial and turning them into a friend.  It seems you have to have walked the pathway that I have to recognize that, but it’s overcoming the obstacles for somebody that does not want to do something that you can steer in a direction so that the outcome is profitable, not only for yourself but for the company that you are serving.  There is self-satisfaction in knowing that I won.  You didn’t want to pay, but you did.  I won.  You didn’t want to pay the full amount, but you did.  There is a quirky self-satisfaction in knowing that you used your skillset and the knowledge that you’ve obtained over the years to direct someone to pay something after they got on the phone, cursing you, and telling you that your client was the biggest piece of you know what, and I’ll never pay, and then turning that around, having a friend at the end of the day that writes a positive review for your company and pays your client.  It takes a lot of listening, but if you’ll take the time to learn what that person needs to hear, what that person is scared of, what that person is fearful of, or what that person was upset about, you can self-identify with them.

Let’s say I’m talking to somebody named Bob.  Bob doesn’t want to pay the bill because the dentist or the hygienist was crude or rude.  You tell him a story.  You get him off the subject and into your world.  You self-identify and tell him a story about how you had a dentist named Allen and that dentist’s breath stank and I didn’t want to pay him and he was a jerk.  The dental hygienist spilled the cup of water on me and made me choke.  You redirect them by telling them a story that self-identifies with the problem, and then you subtly hint at the solution that you want them to take and the outcome that you want them to achieve through your story.  At the end of the day, Dr. Allen was terrible, but you know what I did?  I ended up paying him and this is why.  You hint at the outcome through the story and get their mind off of why they’re pissed off and you can then lead them down a path of least resistance.  I self-identify with everybody I talk to on the phone.  If I meet somebody and get in front of them, I rarely ever not sell the deal because I self-identify with them and I can pick up on the things that they’re scared about or they’re concerned about.

When I am in a client’s office and they ask me for references, I will crack a joke and ask to borrow some money.  They will ask, why would you ask to borrow money from me?  I said, “Because I’ve got to bribe some people to give me some references.”  You catch them off guard and you get them laughing, then all of a sudden, the references aren’t what they remember.  At the end of the meeting, they remember that you seemed like somebody they could relate to and trust and then they’re more apt to want to do business with you.  Self-identify and then redirect.

How has your company grown from its early days to now?

I come from very humble beginnings, two desks, and a chair, no computers, just a phone to now having a massive network and over 60 people employed here.  It’s been trial and error and it’s been ups and downs.  It’s been tears and laughter.  It’s been a roller coaster.  There have been high points and there have been low points, and then there have been really low points.  I have had to file for bankruptcy before.  I don’t think anybody really achieves success the first time you try something.  You learn through trial and error, critiques, and reviews.  It is through the mistakes and the heartaches and pain that we learn to grow.  The business has been up, and the business has been down.  I’ve had friends help me move out of an office, put things into a truck and into my garage, and had to start over again.  There is never a flat line in business.  The economy changes, people change, technology changes, you change, you learn things and mature, and your focus in life changes as you get older.  It’s been wildly up and wildly down.  It’s been in the basement and in the sewer.  Not staying there is the key to longevity.  When somebody knocks you down, you get up.  If you make a mistake, you learn from it and move forward.  No matter how big the obstacle is, you have to get up and you have to try again, you have to keep moving forward.

Who has been a role model to you and why?

I’d have to say, my wife.  I’ve learned more from her over the years than I have from anybody else.  She is the one person I know that I’ve learned the most.  She’s been instrumental in my success as a husband, as a man, and as a business owner.  She is my role model.

How do you maintain a solid work-life balance?

I don’t.  It’s unfortunate.  The business has outgrown operational methodologies, and so this company is very efficient at being inefficient.  We grew faster than the technology and so I am working 18 hours a day but the goal of having operation upgrades and methodology changes and policies put in place where this will be the last time that this has to happen.  The growth outpaced the operational platform.  At the moment, I’m not balancing it very well, and 18-hour days are hard on my family and hard on me.  I’m 50 years old and not a spring chicken anymore, but I see the light at the end of the tunnel.  We’re moving towards something that I’ll be able to look back at in maybe two to five years and say, that was my legacy, that was what I accomplished and will be something I can pass down to my children, or I can sell as a retirement vehicle.  It’s not there yet and it may not be there in a couple of years, but I’m not going to give up and I’m going to keep trying.

When I am home, I try to be home.  When I’m at work, I’m at work.  I try not to be that guy that carries a laptop and a tablet around and my phone everywhere I go.  I try to be present when I’m home.  I don’t work on the weekends.  We have a boat and we go out as a family.  We have a ranch and we go there as a family.  We try to spend time together.