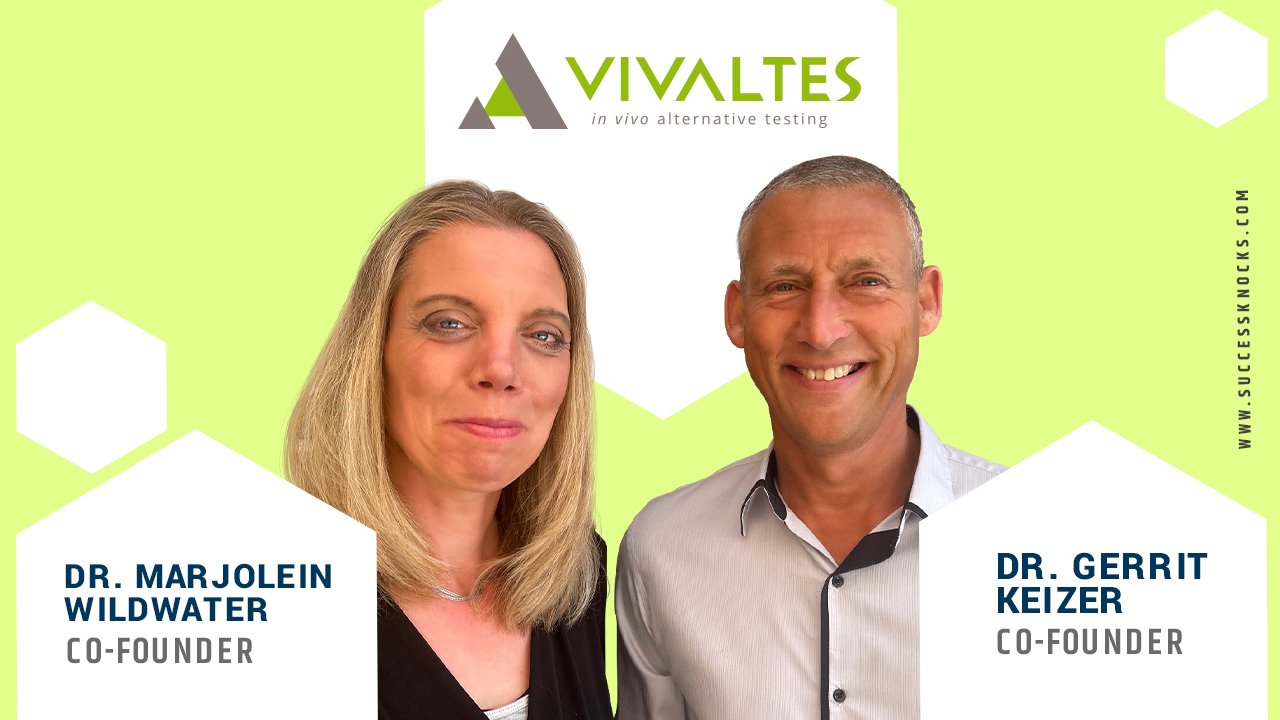 EEvery year, more than 100 million animals are sacrificed in U.S. laboratories for biology courses, medical training, curiosity-driven experiments, and chemical, drug, food, and cosmetics research. These creatures include mice, rats, frogs, dogs, cats, rabbits, hamsters, and birds. Before their demise, some are made to breathe deadly gases.

Vivaltes was founded to recognize and replace that too many experimental animals are being utilized unnecessarily for regulatory and scientific objectives.

To replace testing on experimental animals (such as rats, rabbits, monkeys, and dogs), Vivaltes initially switched to testing substances on the one mm-long invertebrate roundworm Caenorhabditis elegans. This organism has gained national attention in primary scientific study for at least fifty years because it is a remarkably accurate model for predicting biological consequences in higher creatures, including humans. Thus, Caenorhabditis elegans serve as an excellent surrogate for vertebrates.

Furthermore, Vivaltes have developed a data analytics strategy that converts measurable effects of substances from all test animals into a shared mechanistic framework for projected effects in humans to capitalize on information gained in various test species. This is a crucial advancement in distinguishing between real and fake study findings regarding predicting the human effect.

Transforming With the Changing Trends

Reducing, replacing, and refining the use of test animals is the primary trend. There is a great need and demand for trustworthy substitutes. There are many, but they frequently either do not address the present regulatory-approved system or do not adequately explain why the alternative is at least as good as or better. Another pattern is that more and more businesses assert that, as a matter of policy, no animals are ever sacrificed for research. In the centre of the need is where Vivaltes is located. They can rubricate substances, obtain the most moral guidance and information for using other test systems, and carry out Caenorhabditis elegans testing as an alternative approach.

The plan for the next three years is to introduce more foreign clients to our business so Vivaltes can demonstrate their innovative and effective method. The more prominent players across several industries will finally realize and acknowledge that Vivaltes’ noble approach to testing is the way of the future.

Managing The Clients: The Vivaltes Way

Vivaltes uses a customized strategy to help their clients conduct their research in the most effective method that satisfies their changing demands. Vivaltes often meet with their clients to discuss potential next steps based on their continually updated expertise and to update research progress. The scope of research can be adjusted with flexibility, for instance, in response to intriguing or unexpected study results, revised corporate rules, or new interests. The clients of Vivaltes can continuously advance their research without worrying about maintaining a laboratory infrastructure or remaining current in the field of translational science.

Customers thus enjoy the benefits of scientific research without its costs. In inside outsourcing, the industry refers to Vivaltes as the Emperor; the Emperor is a wink at Gerrit’s last name. The company’s method of operation produced several submitted and accepted papers, and they now have four client patent applications.

“All scientists interested in learning more about the many distinct properties of a substance should find our platform helpful. Additionally, they can uncover more information than anticipated, changing their course of action. Our main goal is to help these businesses choose the appropriate, animal-free research or to encourage them to refrain from animal testing.“

The Future Amongst the Challenges

One lovely illustration of Vivaltes’ problem-solving is about MariPharm, which offers a variety of cannabis strains for sale. Vivaltes assisted in providing scientific data to support the founder Marcel de Wit’s long-held belief that their cultivars exhibit cultivar-specific health benefits. As Vivaltes could demonstrate the stated benefits with their test system, the gut sensation of the supposed quite various effects—”reduces appetite/stress, makes you alert, etc.—proved authentic.

Now, Vivaltes’ plans include expanding their test scope in their laboratories and steadily improving the silico data analytics approach. The in silico model will strengthen as more in vivo data are produced. It would become fantastic if Vivaltes were to replace animal testing as the new benchmark for in silico prediction and be acknowledged by legislative agencies.

Vivaltes’ technology serves several objectives, including less animal-based research, a more thorough understanding of the impacts of the substances examined, and a more cost-effective method of carrying out the task. Last but not least, a significant advancement in translational research has undoubtedly been accomplished by introducing Vivaltes to the scientific community.

Gerrit Keizer and Marjolein Wildwater believe that humans are related to animals in many respects as the in silico model of Vivaltes captures evolution in its most objective form.